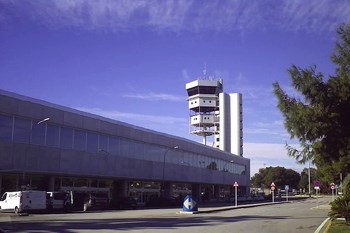 Alicante Airport (ALC) is an international airport located in southern Spain on the Mediterranean – 12 km southwest of Alicante center.The airport is called in Spanish “Aeropuerto de Alicante” and was opened in 1967 under the name “El Altet”.

Alicante Airport is the 6th busiest in Spain and one of the 50 busiest in Europe. The airport serves 9.9 million passengers annually (2011).

Approximately 40 airlines have direct flights from Alicante Airport to 86 destinations in Norway and abroad. The airline Ryanair has headquarters here, and have frequent departures to such  London and Birmingham.

There are no hotels at the airport and the closest is the Holiday Inn Alicante – Playa de San Juan.

Transport options from Alicante Airport to the city consists of buses or taxi. It will soon be possible to use the tram to the center, when the basement of the terminal building is designed for the tram station. If you want to rent a car in Alicante, a number of car hire offices in the arrivals hall at the airport – including Avis, Hertz, Sixt and Europcar.