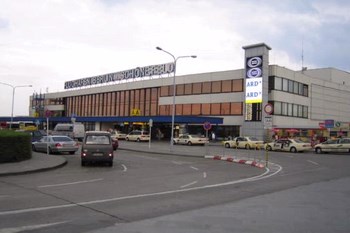 The airport will be merged with Berlin Brandenburg Airport (BER) in 2013.

The airport has four terminal buildings – A, B, C and D. (Terminal A is the largest and most important).

Approximately 24 airlines have direct flights from Berlin Schoenefeld Airport to other destinations – including to Oslo, Stockholm, London, Tel Aviv, Dublin, Copenhagen and Stavanger.

EasyJet, Germanwings, Iceland Express, Ryanair and Tunisair are some of the airlines that serve here.

There are no hotels at the airport, but several in the area.

To get from the airport to Berlin city center, one can use train, bus or taxi.

If you want to rent a car in Berlin, has a number of reputable car rental companies at the airport its affiliates – including Avis, Budget, Europcar, Hertz, National and Sixt.