Compare prices and find cheap car hire in Berlin from well-known and local car hire companies. Insurances and unlimited mileage are included. Save up to 70% on car rental in Berlin through us. 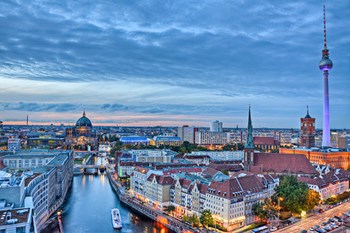 Berlin is located in northeast Germany,by the River Spree, and is the country’s capital. The city itself has 3.5 million inhabitants (2010), while the metropolitan area has a population of 4.5 million.

Berlin is the country’s most important centre for European politics, culture and science – and is also a transport hub. The city has a rich history, and was famously divided in two (East Berlin and West Berlin) from 2. World War II and until 1989 – when the Berlin Wall fell. This division still characterizes the cityscape.

Berlin has several universities, palaces, museums, theatres, opera houses and galleries, and the city is a popular tourist destination. Berlin is also known for its lively and varied nightlife with pubs, bars and nightclubs.

The city’s most famous landmark is the“Brandenburg Gate”from 1791, which is the only remaining city gate of “old Berlin”.

Other popular tourist attractions include: Berliner Dom – cathedral from 1905, Opera House “Staatsoper Berlin” from 1749, “Rotes Rathhaus” – “Red Town Hall” from 1869, Marienkirche – Gothic church from the 13th century as well as the Nikolai Church from 1230.

Museum Island is a UNESCO World Heritage Site. Berlin also has a zoo and botanical garden, as well as an aquarium.

Although Berlin has a lot to offer in terms of sights, nightlife, experiences, and all that, it is certainly recommended that you also explore the region if you have time. With a rental car, you can get there quickly and reasonably, without relying on train or bus times. Within a fairly short radius you will find many exciting towns and villages, and also many seaside resorts that are great to stop by when the weather is warm. Here are some suggestions. 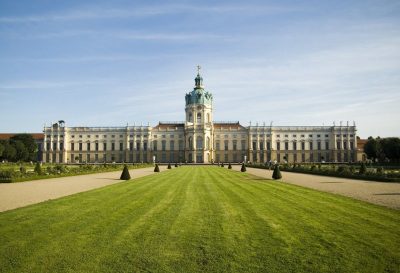 Charlottenburg Palace is built in rococo style at the end of the 17th century.

The palace in Charlottenburg is the largest and oldest that still exists in the Berlin area. It was built in rococo style at the end of the 17th century, but has been expanded several times since. Both the palace and the associated garden are among the most beautiful in Europe. The garden was designed by the same architect who designed the garden of the palace of Versailles. You can visit Charlottenburg all year round, and much of the palace and its surroundings are open to the public. 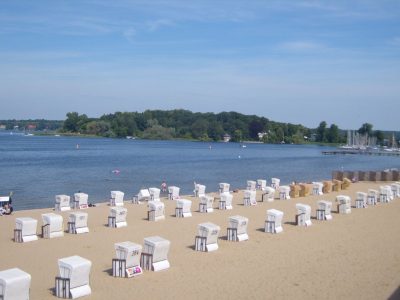 The seaside resort of Wannsee is a popular destination.

Wannsee is a small municipality located quite close to Berlin, and which is both famous and notorious. The place has a sad place in modern world history, as it was here the Nazis laid their plans for the Extermination of The Jew during The Second World War. The name Wannsee is from the two lakes located here. Here berliners travel to swim, go hiking in the nice parks and forests, and to enjoy the many restaurants and cafes. There are several interesting buildings, monuments and other sights here, and in particular it is recommended to stop by Wannsee Villa, the house where the Wannsee conferance took place, and which is now a museum and education center. 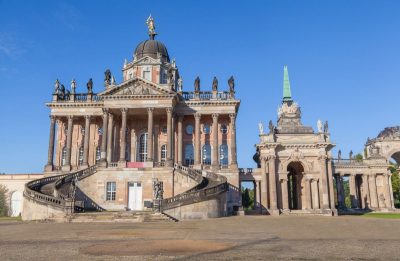 It’s almost a shame to visit Berlin without stopping by Potsdam in the same slap. The small and beautiful town is not far away and offers experiences you won’t find anywhere else in the region. Potsdam is often called Germany’s Versailles, both because of its architecture– and because it was here the nobles went to entice. The vast majority are beautiful and old, with a rich history,also from recent times. Among other things, you will find the famous spy bridge here, Glienicker Brücke, where east and west exchanged agents during the Cold War (see the film “Bridge of Spies” with Tom Hanks). The city’s main attraction, however, is Schloss Sanssouci, one of many buildings in Potsdam that are a UNESCO World Heritage Site.

Oranienburg is a small and beautiful medieval town just north of Berlin. In the city’s historic centre you will find many sights, including a great castle and a lot of lovely architecture. However, it is the city’s connection to the Sachsenhausen concentration camp that currently puts Oranienburg on the map. Sachsenhausen is one of the districts located on the outskirts of Oranienburg, where the Nazis primarily imprisoned and killed political prisoners. Today there are 12 different exhibitions and museums here that document history, and which are open all year round, except on Mondays. 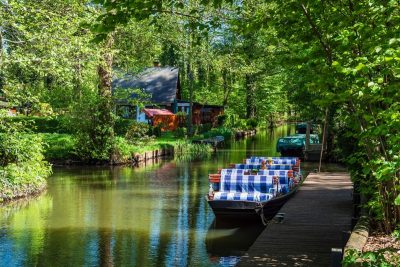 Take a boat ride on one of the many canals and rivers of the Spreewald.

Spreewald – When you need a day or two in the green

Spreewald is the name of the protected and water-rich natural area located south of Berlin. Here, the last major battle between the Germans and Soviet forces took place during World War II. Today this is a perfect area to explore for those who like peace, tranquility and beautiful nature. In the area you will find many historic buildings, museums, castles and other sights, well with opportunities for a small boat ride on one of the many canals and rivers, cozy hotels, restaurants and cafes, and colourful festivals almost all year round. Several of the hotels have top-class spas,with hot spring bath water. 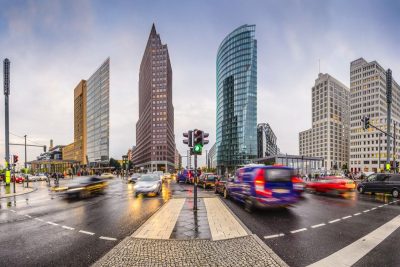 The speed limit in the city centre is usually 50 kilometers per hour.

In Germany, it is generally difficult to find free parking spaces in the cities. At the same time, most things are in care, and in Berlin there are more than enough public parking spaces and parking garages that are well marked, both with signs and in the navigation systems. It is also common for hotels and the most visited sights to have plenty of parking spaces for visitors.

Driving in Berlin usually goes just fine, but be aware that in many areas the streets are narrow. There are also many one-way streets, especially in the city center, so navigation in the rental car is recommended. Residents are generally good drivers, they drive safely and comply with traffic rules. The speed limit in the cities is usually 50 kilometres per hour, and there are frequent speed controls, as well as speed meters along the roads. Remember that there are many cyclists in Berlin, and the roads often have their own bike lane that you should pay attention to.

The main airport that as of 2020 serves Berlin is Berlin Tegel Airport. In addition, Berlin Schönefeld Airportis also used. The last one is under expansion and will take over as the main airport by the end of 2020. The name will then also be changed to Willy Brandt Airport, Berlin Brandenburg International (usually the short variant Berlin Brandenburg Airport) is used.

At Berlin Tegel Airport you will find all the car hire companies’ desks and offices gathered in a separate center in Terminal E. the rental cars are parked in the nearby. As of 2020, there are 12 companies at Tegel, including Hertz, Thrifty, Sixt, Avis, Budget, Europcar and Alamo.