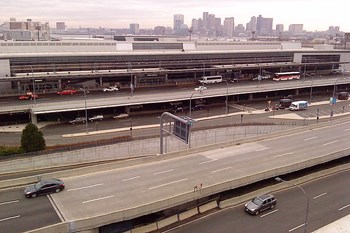 Boston Logan International Airport (BOS) is located in the state of Massachusetts – about 6 miles northeast of Boston city center.

Boston Airport serves over 28 million passengers a year (2011), and is among the 20 busiest airports in the United States.

The airport opened in 1923 and currently has four terminal buildings – A, B, C and E. There are shuttle buses between the terminals, and all international air traffic goes from Terminal E.

about 36 airlines have direct flights from Boston Airport to other destinations in Norway and abroad. In addition to many U.S. cities, it goes from here to aviation Canada, the Caribbean, Europe, Mexico and Asia.

There are also a few hotels in the airport area.

To get from Boston Airport to downtown, you can take the train, metro, bus or taxi. If you want to rent a car in Boston, has a number of international car rental companies at the airport its affiliates – including Alamo, Avis, Budget, Dollar, Hertz, Enterprise, National and Thrifty.