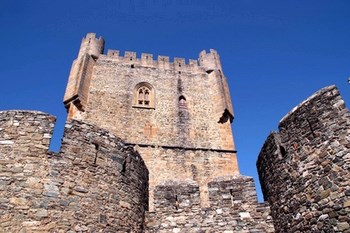 Braganca is a city located in the northeast corner of Portugal.It has about 35,000 inhabitants (2010), and is also the administrative center of Braganca municipality that borders Spain.

Just near Braganca, the large Montesinho natural park, established in 1979, to preserve the existing ecosystem of the area. The park contains both “untouched” nature in the form of various plants and woods, mountains, rivers – and the old cultural landscape.

The city’s most famous landmark, the Domus Minicipalis from the 1100s – Portugal’s oldest town hall shaped like a slightly irregular pentagon. The building is considered one of the most unique on the Iberian Peninsula, and has since 1910 been designated a national monument.

Other attractions Braganca is the Renaissance cathedral and the old city walls, which are still well preserved.

Approximately 8 km north of the city center is the regional airport Braganca Airport, which has regular flights to Lisbon and Vila Real.