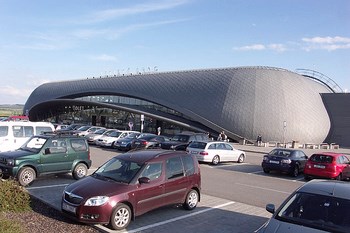 From Brno Airport has airlines such as Ryanair and Wizz Air direct routes to such London, Milan, Rome and Moscow.There are also several charter flights during the summer to popular tourist destinations.

There are no hotels at the airport, but several in and near the center of Brno.

To get from the airport to downtown, you can take a bus or taxi. If you want to rent a car in Brno, has a number of international car rental companies its affiliates in the arrival hall of the airport – including Hertz, Avis, Budget, Sixt, Europcar and National.