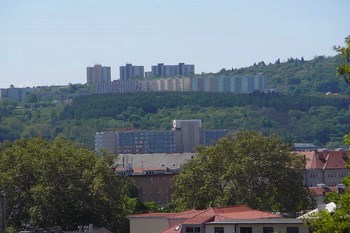 Brno is located southeast of the Czech Republic, and is the country’s second largest city with about 380,000 inhabitants (2011).The city is located in the region South Moravia, where the rivers Svitava and Svratka meeting – approx. 225 km southeast of Prague.

Brno is the political, cultural, commercial and scientific center for the region. The city’s university was founded in 1919 and has 30,000 students. In addition, Brno is an important commercial center and has frequent trade shows (approximately 50 exhibitions per year).

Brno has many beautiful palaces and historic churches and a number of sculptures and monuments.

The inner city is made up of narrow streets and historic buildings – and is surrounded by wide annular boulevards. Some popular sites in the inner city is the Cathedral from 1313, Dominican Monastery from 1247 as well as City Hall from 1511.

A very popular attraction in Brno is the Moravian Museum (“Moravske Zemské Muzeum”). This is one of the most important and oldest museums in the Czech Republic, and there are more than 6 million exhibits – primarily in the fields of anthropology and archaeology. Outside the museum, the sculpture “Mercury” from the late 1600’s.

Other well-visited attractions in the city include Fortress “Spilberk” from the 1300s, which today houses a museum, Capuchin monastery from the 1600s, the Art Museum “Moravian Gallery,” Arts and zoo “Brno Zoo” – where you can see a variety of wildlife species – including polar bears, seals, tigers and chimpanzees.