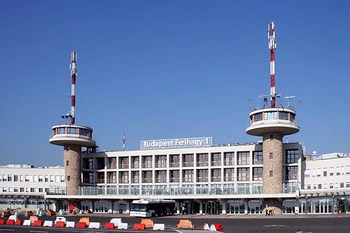 The airport serves the capital and is Hungary’s largest airport – which handles about 9 million passengers annually (2011).

About 50 airlines have direct flights from Budapest Airport to Europe, Africa, Asia and the Middle East.

The airport has three terminals: 1, 2A and 2B. It is walking distance between terminals 2A and 2B, while there are buses between Terminal 1 and 2A/2B

There are no hotels at the airport, but several in the area.

To get from Budapest Airport to the city center, one can use train, bus or taxi.If you want to rent a car in Budapest, has a number of reputable car hire offices in the arrivals hall at the airport – including Avis, Budget, Hertz, Sixt and Europcar.