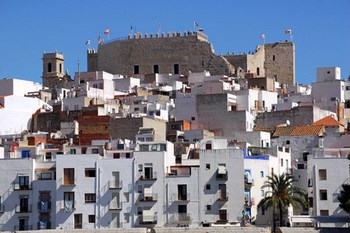 Castellón de la Plana in the east of Spain on the Mediterranean coast (Costa Blanca) – in the autonomous region of Valencia.The city is also the capital of the province of Castellón. Its population is around 180,000 (2011).

Castellon was first mentioned in 1251, and was originally built on a hill a little further inland. Around the year 1300, however, it was moved closer to the coast.

The focal point in the center of Castellón’s “Plaza Mayor”. If this space is such Castellons traditional market, as well as several of the city’s historical sites. It comes as the 58-meter high bell tower “El Fadri” from the 1590s, the city’s Old Town from the 1600s as well as the Cathedral Santa Maria (built in the 1200s, and restored 100 years later after an extensive fire).

Other popular destinations are the cultural and art historical museum “Museo Provincial de Bellas Artes”. It is housed in a beautiful building from the 1700s. Also another Art Museum – Convento de las Madres Capuchinas – is well worth a visit. Moreover, Castellón also an exciting planetarium – El planetarium, a Military History and Ethnology – showing their exhibits examples of a typical culture, in Castellón.