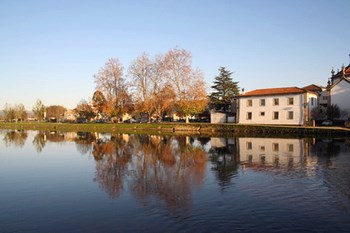 Chaves is a city and a municipality in northern Portugal.The municipality is approximately. 44,000 inhabitants, while in town staying approximately 17,500. Chaves became a city in 1258, but had already for centuries been a center of the area.

Medieval Quarter of the Old City, which is concentrated around the streets Rua Direita and Rua de Santo António is popular destination. The remains of the old city walls are also still.

The city’s main attraction is the medieval castle Castelo, who has been designated a national monument since 1938. The castle was built in the 1300s. Since the 1600s it has been the summer residence of the Portuguese political leader (who today is the president).

There are a few fortifications to Chaves: Forte de São Francisco was built in the 1600s, and had an important function during the Napoleonic Wars of the early 1800’s. Also Forte de São Neutel from the 1600s is worth a visit, and the fort also contains a small chapel – Nossa Senhora das Fontes.

Otherwise Cathedral in Chaves and the Romanesque church of Santa Maria Maior (or Matriz church) popular destinations. The latter is from the 1100s and very beautifully decorated.