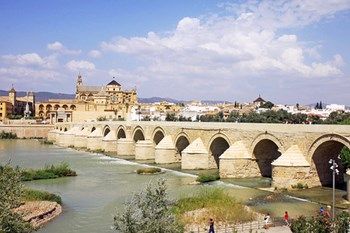 Córdoba, the capital of the province of Córdoba, is Argentina’s largest city after the capital Buenos Aires.In Córdoba there live 1,329,604 (2010) inhabitants.

Córdoba is an inland located right in Argentina on either side of the river Suquía in an important agricultural area.The automotive industry is one of the most important industries in Córdoba which is also known to be Argentina’s technological center with a significant development of, among other software.

The city was founded in 1573 by Jerónimo Luis de Cabrera, who named it after Córdoba, Spain.It was one of the first colonial towns in what is now Argentina. In 2000, UNESCO declared the Jesuit-quarter of the old city as world heritage. In 2006, Córdoba was appointed the Year of Culture in America. The core of the city is around St. Martins Square.

Córdoba is located at the foot of the mountains “Sierras de Córdoba,” and not far from the town there are several important tourist destinations. One of them is the Villa Carlos Paz is located on a lake.