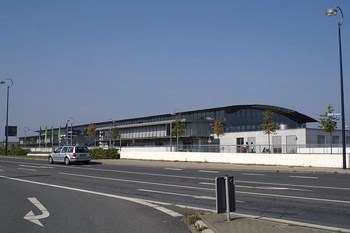 Dortmund Airport (DTM) is an international airport located in the western part of Germany, about 14 miles east of Dortmund city center.

Dortmund Airport opened in 1960 and currently has one terminal building. The airport serves 1.8 million passengers a year (2011).

Facilities at the airport include shops, restaurants, cafes, ATMs, information counter and the agent.

To get from the airport to downtown, you can take a bus or taxi. There is also a shuttle bus from the terminal building to the nearest station.

It is popular with car rental in Germany and in the arrival hall at Dortmund Airport has a number of reputable car hire offices – including Avis, Europcar, Hertz and Sixt. If you book your car rental before leaving, the car will be ready when you arrive at the airport.