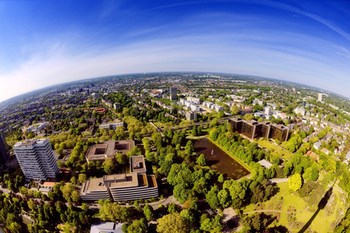 Dortmund is located west of Germany – in the state of North Rhine-Westphalia – specifically in the eastern part of the Ruhr area.The city has just under 600,000 inhabitants (2010), and is Europe’s largest port channel. Dortmund-Ems Canal is the “main artery”.

Dortmund was first mentioned in written sources in the year 880 It is then referred to as an important trading – and later in the Middle Ages Dortmund important member of the Hanseatic League. In addition to being an important industrial city (with particular emphasis on electrical production) Dortmund is known for its many brewery.

Dortmund was heavily damaged by Allied bombing during World War II, but some of the most important historic buildings have subsequently been rebuilt. This includes the Thurs 1200 Century churches Reinoldikirche and Mariakirche.

After 2 World War has been listed several monumental buildings, including Opernhaus from 1958 Westfalen Halle in 1952, one of Europe’s biggest convention centers. A famous landmark in Bonn is otherwise television tower Florianturm. Football addicts will probably take arena “Signal Iduna Park” a visit – home of the famous soccer team Borussia Dortmund.

Dortmund is also known for its many large parks, one of the largest – Westphalia Park – covers an area of 700 whole time. The city’s botanical garden is also a popular tourist attraction, as is the zoo.