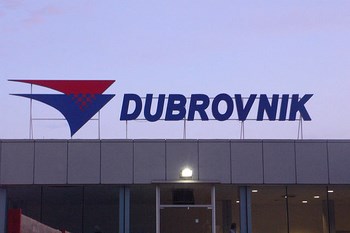 Dubrovnik Airport (DBV) is an international airport in the south of Croatia, approximately 22 km south of Dubrovnik center.The airport is located near the suburb Cilipi and called on Croatian “Zracna Luka Dubrovnik”.

A number of airlines have both permanent and seasonal flights to and abroad from Dubrovnik Airport – including British Airways, EasyJet, Lufthansa, Norwegian and SAS. Popular international destinations include London, Copenhagen, Oslo, Stockholm and Vienna.

A large 4-star hotel Svilen also be managed by the airport in 2012.

If you want to rent a car in Dubrovnik, a number of car rental companies in their affiliates at the arrival hall of the airport. Here we find such major international players such as Avis, Hertz, Sixt, Europcar and Easycar.

If you want a different method of transportation to the center of Dubrovnik airport you can take bus or taxi.