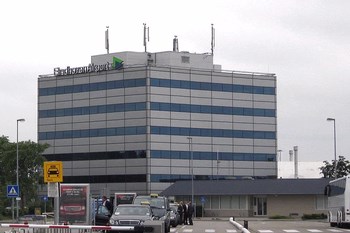 Eindhoven Airport (EIN) is an international airport located southeast of the Netherlands – about 7 km northwest of Eindhoven center.The airport is the second largest after Amsterdam Schiphol Airport, serving approximately 2.6 million passengers per year (2011).

To get from the airport into the city center of Eindhoven, one can take a bus or taxi.

There is also a direct bus from the airport to Amsterdam (AirExpressBus).Travel time is 1.5 hours

If you want to rent a car in Eindhoven, there are car rental agencies such as Avis, Hertz, Sixt and Europcar located at the airport.