Compare prices and find cheap car hire in Netherlands from well-known and local car hire companies. Insurances and unlimited mileage are included. Save up to 70% on car rental in the Netherlands through us. 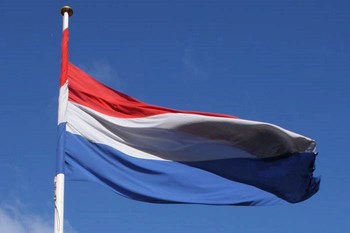 The Netherlands is a monarchy in northwestern Europe bordering Germany and to the south to Belgium. In the north and west, the country has coastline towards the North Sea. The Netherlands, with an area of 41,526 km², is slightly smaller than Denmark– but has almost four times as many inhabitants – making it one of the world’s most densely populated countries. The population is now about 16.8 million (2010).

The formal capital of the Netherlands is Amsterdam (762,000 innb.), which is also the country’s largest city – while the government and parliament are based in Den Haag (486,000 inb.). Together with the very important port city of Rotterdam, The Hague constitutes a metropolitan area with well over 3 million inhabitants. Other major cities are Utrecht and Eindhoven.

The Netherlands is very flat and one of the lowest-lying countries inthe world. Large parts of the country are actually below sea level– but an extensive system of, dams and dunes serves as a protection against flooding. The nature of the Netherlands is otherwise dominated by the large delta areas shaped by the Rivers Waal, Maas and IJssel – all of which are “arms” of the Rhine.

The Netherlands is traditionally especially known for its many windmills and for its tulips, clogs and cheese production (gouda and edamer). However, the Netherlands is also the homeland of a number of Europe’s greatest painters and philosophers, and the country therefore has a number of exciting museums to showcase. Otherwise, Amsterdam’s architecture and all the canals are a very popular tourist destination.

A large field full of stings, with the characteristic windmill in the background

Driving in the Netherlands

It is mostly a delight to drive in the Netherlands. The roads are usually in very good condition, motorists drive safely and friendlyly, and the signage is clear. This means that the Netherlands is one of the safest places in the world to travel by car, along with, among other things, the Scandinavian countries. Please note that there are many cyclists and pedestrians everywhere in the country, and especially in the cities. 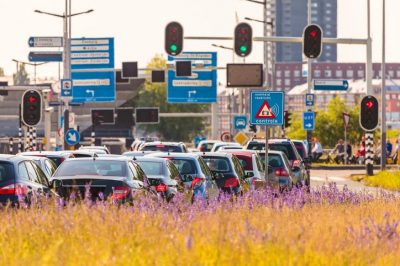 Driving lights are mandatory on the car outside cities, and by reduced daytime visibility.

Traffic rules in the Netherlands 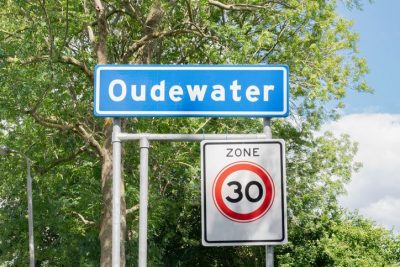 Keep in mind that the speed limits in residential areas can be set to 30 kilometers/h.

Speed limits in the Netherlands

Please note that in the Netherlands the road has often reduced the speed limit between 06:00 and 19:00. This is marked with signs.

In the Netherlands, driving is not allowed if the blood alcohol level exceeds 0.5° (0.5 g/l).

For drivers who have had a driver’s license for less than 5 years, driving is not permitted if the blood alcohol level is above 0.20.

The Netherlands is a very easy area to explore by car rental. The country is so small to a geographical extent that you can make it very much in a short time. There is also a lot of varied things to see there, such as the beautiful beaches and holiday destinations, old and venerable towns, castles, tulip gardens, windmills, and the archipelago of Friesland. Here are some suggestions for driving. 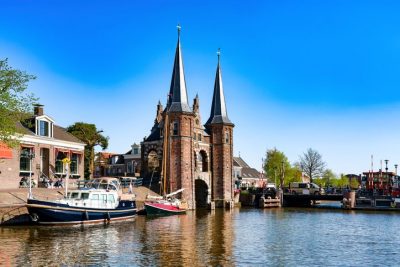 The province of Friesland is located in the north of the country and is a very different and unique part of the Netherlands.

Friesland in the north

Friesland is a province located in the north of the Netherlands, which includes the so-called East Frisian and West Frisian Islands. The oblong islands can be reached by car and ferry, and are among the best holiday destinations in the country. This is a rather unique and different part of the Netherlands,which is reflected Friesland has its own language. Of several dialects, most speak West Frisian, a language more akin to old English than with the modern Dutch. If you take a drive to this province, you should also catch up with some of the dozens of castles and mansions located here.

The Hague is administratively the most important city in the Netherlands, although Amsterdam is the official capital. It is in The Hague that the government and parliament are located, and where the royal family has its official residence. The city also houses the Two International Courts, as well as the headquarters of a number of international organizations. The city has a beautiful center, with beautiful buildings from the early Middle Ages. There are also many interesting museums in Den Haag that are worth a visit.

The parliament and the government are based in Den Haag. The city is administratively the most important city in the Netherlands. 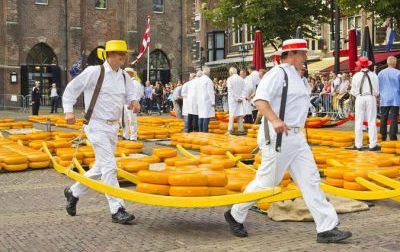 At the cheese market in Alkmaar, sellers line up in traditional suits.

The town of Alkmaar is worth a visit in itself, but the biggest feature patch here is probably the cheese market that is held every Friday during the summer season. The market is said to have been around ever since 1365,and takes place outside one of the city’s most beautiful buildings, De Waag (the weight). Here, cheesemakers come from all over the country to bid for their products. The actual implementation takes place in old style. Everyone who participates wears traditional costumes, and the whole event is more reminiscent than festival, than a market. 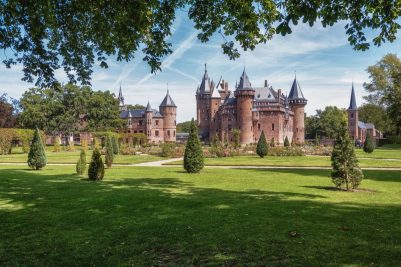 The Dutch boast some of Europe’s finest beaches. Most of the coast in the west is covered with fine and golden sand, and with well-run seaside resorts occasionally. The three most famous seaside resorts are Noordwijk Aan Zee, Katwijk Aan Zee and Zandvoort, all just a short drive from Amsterdam or Den Haag. There everything is arranged so that visitors can have a nice and comfortable day on the beach. 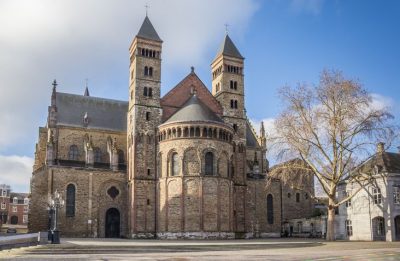 Maastricht is considered the country’s oldest city and has several very unique churches.

Maastricht is located in the south of the Netherlands, close to the Belgian border. The city is considered the oldest in the country, and is today known as the place where the European Union (EU) was founded (the Maastricht Treaty). The centre of Maastricht consists of medieval buildings,beautiful squares, several unique churches, and is among the prettiest old town in the Netherlands.

Keukenhof is one of the largest flower gardens in the worldand is located just outside the town of Lisse, just southwest of Amsterdam. So well the whole plant consists of tulips, and in total more than 7 million are planted here every year. If you are in the Netherlands between mid-March and mid-May,you can visit keukenhof when the tulips bloom. Also take a look at Keukenhof Castle which was built in the 18th century.

Kasteel de Haar looks like a fairytale castle and is idyllically surrounded by a beautiful garden.

This castle was probably built for the first time in the 14th century, but it has been destroyed and rebuilt several times since then. What you see today is the result of a restoration that took place between 1892 and 1912. The castle was then the residence of the baron Etienne van Zügeln and his wife Hélène de Rothschild, who at the time was among Europe’s richest. Kasteel de Haar is considered one of the largest and most beautiful castles in the Netherlands and is surrounded by an equally beautiful rose garden.

The village of Kinderdijk is the best place to see the traditional Dutch windmills. In this area you will find 19 of the, and all were built sometime in the 18th century. They were originally used to pump water away from fields and fields, but today are primarily sights and cultural heritage sites. Some of the windmills are inhabited, and several serve as cafes and museums. 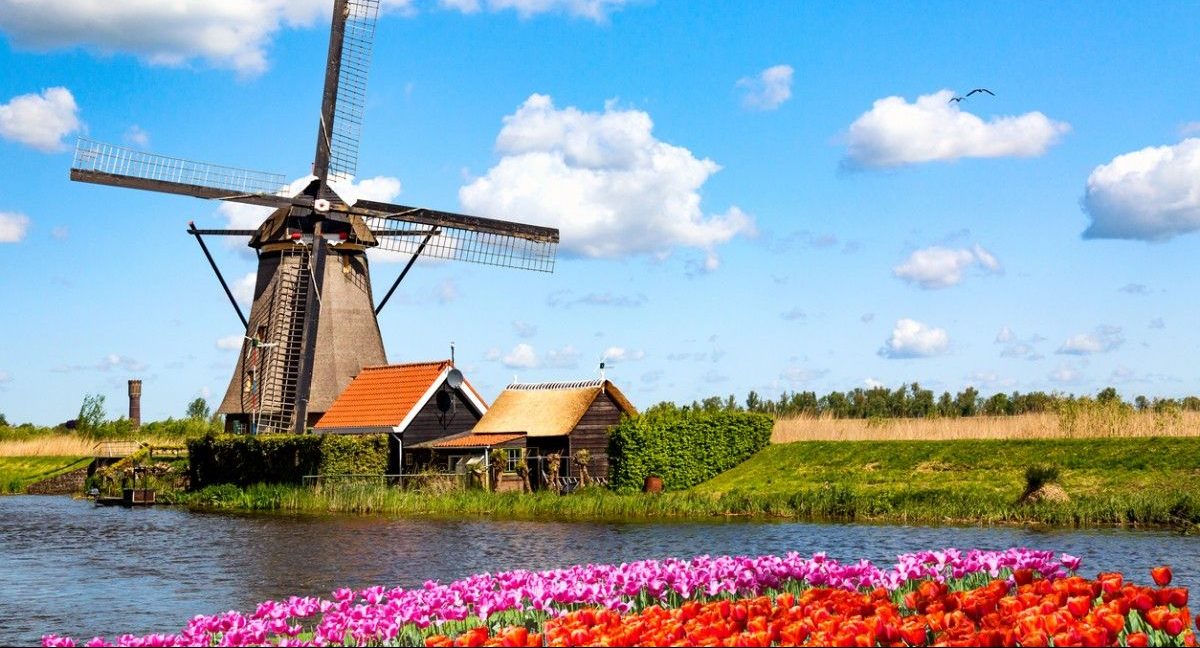 The windmills in the village of Kinderdijk were built sometime in the 18th century.

Companies you can rent a car from in Netherlands

In the Netherlands, they are the largest international car hire companies that dominate the market. Virtually everywhere you will find companies like Hertz, Enterprise, Sixt, Avis, Budget and Europcar, and often Alamo, National and Goldcar. Local companies are less prevalent here than, for example, in Italy and Spain.

What is the age limit for renting a car in Netherlands?

In the Netherlands, it is not uncommon for car hire companies to have a 19-year age limit, but you will also find those that require the driver to be 21 years old. The tenant and driver (including extra drivers) must in all cases have had the driver’s license for 1 or 2 years, depending on who you rent the car from. There may be restrictions on the type of car you can rent if you are younger than 25. Tenants under the age of 25 normally have to pay an additional fee to cover the cost of insurance for young drivers.

What documentation do I need to include when I pick up my car?

Do I need navigation in my car while driving in the Netherlands?

Although it is easy and straightforward to drive in the Netherlands, GPS navigation is an advantage to have in the car. With navigation, it’s easier to concentrate on the driving itself. If you are not known in the cities, navigation will also be a great advantage.

Is traffic in the Netherlands safe?

The Netherlands is among the countries in Europe with the fewest car accidents. Drivers in the country mostly adhere to the speed limits, and these have also been reduced in recent years due to environmental requirements. Drive still carefully, and especially in the larger cities where there is a lot of traffic, many pedestrians and cyclists, and often trams in the streets.

Can I stop by the neighbouring netherlands with my rental car?

All countries located around the Netherlands are members of eu and EEA cooperation, and crossing the borders with car hire is no problem. As the Netherlands is quite small geographically, it is easy to visit Belgium, Germany and northern France. You should still inform your car rental company about your travel plans. In some cases, there may be an additional fee, depending on the category of car you have booked.

Is it common for toll booths in the Netherlands?

In the Netherlands, you don’t have to worry about toll booths, except if you’re going to drive through two of the tunnels in the country. One is the Westerschelde Tunnel which is 6.6 kilometres long and where the price is 5 Euro. The second is kil tunnel at 22.8 kilometers, and where the price is 2 Euro. Both tunnels are located in the south of the Netherlands, on the border with Belgium (Westerschelde) and Germany (Kil) respectively.

Who do I contact if I am involved in a car rental accident in the Netherlands?

The emergency number in the Netherlands for ambulance, fire service and police is 112. You should only call this if you have been involved in an accident in which there is personal injury, in the event of a fire, or in other serious cases and emergencies. You should also contact the car rental company and/or insurance company you are using.