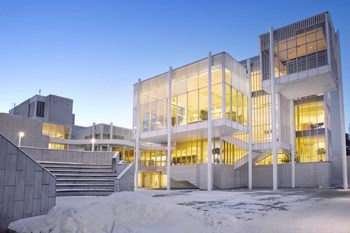 Espoo (Swedish: Espoo) is a bilingual city Finland.It lies on the Gulf, specifically in the province of Uusimaa – just north of the capital Helsinki. Of the city’s 250,000 inhabitants (2011) is 85% Finnish-speaking and the Swedish language.

There have been people in Espoo for about 9000 years – while the city probably stems from the 1100s.

Espoo has no concentrated downtown, but consists of several centers spread over a larger area. Many Finnish companies have their headquarters in Espoo, the renowned mobile phone company Nokia.

One of the most popular sights in Espoo, is Noux (Nuuksion) National Park, located 10 miles north of downtown. It was established in 1994 and covers an area of 45 km2. Otherwise, Espoo Cathedral mentioned. It’s a beautiful cruciform church, where the oldest parts are from the late 1400’s. A well-visited attraction is also the so-called WeeGee house in town Hagalund. Here’s the whole 5 museums (including Espoo Museum of Modern Art), a gallery, café and museum shop. The building represents the Finnish constructivism, and is therefore protected. Showrooms in WeeGee house covers the entire 5000 m2.