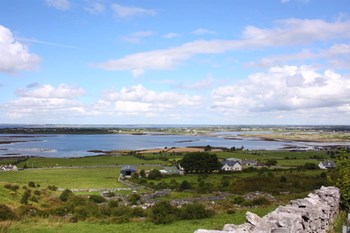 Galway is the capital and a major port in the Irish county of Galway. The city is located west of Ireland at Galway Bay, specifically at the end of the Corrib River.Galway has a population of about 70,000 (2010), and the industry is characterized by a diversified industrial manufacturing. Galway University College has an important function as a center for the study of the Gaelic language.

In the 1500 – and 1600-century Galway special trade relations with Spain, which still reflected in one of the city’s historical attractions – the Spanish Arch Gate (1584).Byporten the remaining rest of an ancient city wall that went along the harbor. Other historical attractions in Galway St. Nicholas Church from 1320 (Ireland’s oldest medieval church) and the castle Lynch’s Castle from the 1500s.

Otherwise, the city is known for its entertainment districts – Salt Hill. Here you will find a number of hotels, pubs, arcades and nightclubs. Moreover, the amusement park Leisureland here, as well as a large saltwater aquarium. Close by is also the beautiful beach. Many tourists would otherwise seek Shop Street, Galway’s main shopping street.

A special souvenir many will have with him from a visit to Galway, is the so-called Claddagh Ring – named after the fishing village of Claddagh, which today is one of Galway’s suburbs. The

formed on the model of a famous ring from the end of the 1600s, which can be linked to the city’s history.