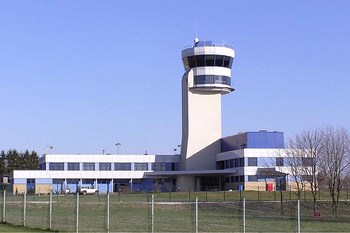 Gdansk Airport underwent a major renovation in the 1990s, when it also got brand new terminal. With about. 2.2 million travellers in the year the Polish 3rd largest airport. More Polish and international airlines have regular flights to several European destinations, including to Oslo, Copenhagen and Stockholm.

The airport has a number of facilities, including several restaurants, bistros and bars – and a useful range of shops. The airport also offers postal and banking services.

To get from the airport to downtown Gdansk Airport, you can choose between quick bus, ordinary bus or taxi. For late arrivals there is also a separate night bus to downtown.

If you want to rent a car in Gdańsk Airport, there are several international car rental agencies have offices at the airport – including Avis, Budget, Europcar, Hertz, National and Sixt.

There are no hotels at the airport area, but the range in and around Gdansk Airport is varied and good.