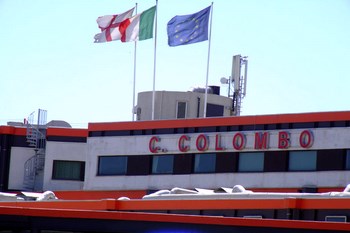 The airport was opened in 1912 and has one terminal building. Facilities at the airport include a few shops, duty-free shops, bars / snack bars, self-service restaurant, tourist information desk, VIP Lounge, bank, ATMs and a post office.

If you need accommodation near Genoa Airport, the Sheraton Genoa Hotel is just 200 meters from the airport terminal.

To get to the center of Genoa, one can take a bus or taxi. There are many who want to rent a car in Genoa, and the airport’s offices to a number of international car rental companies – including Avis, Europcar, Hertz, Sixt and others