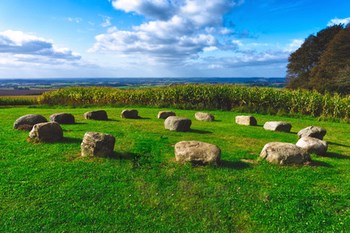 Horsens is a city of eastern Jutland. The city has a population of 54 450 (2012) inhabitants. Horsens is located about 50 km south of Aarhus and 200 km west of Copenhagen.It is a major seaport located on the end of Horsens Fjord. The city is surrounded by typical moraine landscape with low hills and valleys created by glaciers during the last ice age.

In recent years much has been done to extend and enhance cultural events. Several internationally known artists such as Madonna, Bob Dylan, José Carreras, Robbie Williams, The Rolling Stones, U2, has had or will have concerts in town

One of the biggest cultural events in Denmark is the annual European Medieval Festival taking place the last weekend in August. The center of Horsens is then transformed into the largest medieval market in Northern Europe with activities and entertainment for adults and children of all ages.

Horsens is one of Denmark’s oldest cities with a township of 1150.The square is still Church of Our Saviour from the 1200s. In the Middle Ages it was an important city with a castle and several monasteries. The architecture of the Søder Gate is worth studying further. Just before Easter each year held Crimea exhibition which is Europe’s largest festival for mystery lovers who are both writers from home and abroad. It is an important commercial and industrial city, especially for electronic and printing industries.