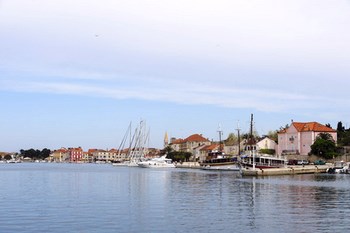 The popular tourist island Hvar is located in the Adriatic Sea off the coast of Dalmatia in Croatia, and has about 12,000 inhabitants.

The island is perhaps most famous for its beautiful sandy beaches and its mild Mediterranean climate, and the main town – also named Hvar – located on the island’s southwest coast. From here ferries to and from the city Split on the mainland, and the journey takes about 1 hour and 45 minutes.

Hvar town has about 4000 inhabitants, where tourists can stroll in the historic old town with its picturesque narrow and steep streets. Main town also has impressive fortresses that are beautifully lit at night, a hectic nightlife, nice restaurants and great swimming.

The most visited tourist attractions in the city include Hvar Borgen “Fortica” from the 1500s, St. Stephen’s Cathedral from the 1600s (with the Venetian clock tower) and Theatre from 1612 – which is one of the oldest theaters in Europe.

Once you are on the island of Hvar, it might be nice to take day trips to eg. town of Stari Grad (3000) or the small beautiful village Sucuraj – like summer has great tourism.

Nearest international airport is Split Airport, which is located on the mainland.