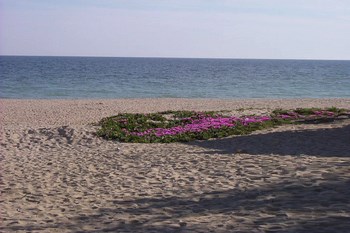 La Antilla is located in southwestern Spain – In the municipality of Lepe – and is a small seaside resort with approximately 3,000 inhabitants (2011).The city is located in the province of Huelva and belongs Andalucia region.

In summer the population is increasing significantly in La Antilla, when tourists come here for sunbathing, swimming, beach and water sports. Many Spaniards holidaying here, and the place is known for its clean bathing water and its relaxing atmosphere. La Antilla is also a resort for golf enthusiasts, when the city has a great 24-hole golf course.

Main attraction in La Antilla is the beach, which is 3 km long and 90 meters wide. It consists of fine golden sand. The city also has a beautiful beach lined with palm trees.

Along the main street “Avenida de Castilla” are a variety of shops, bars and a market, and La Antilla also has a good selection of restaurants, hotels and entertainment venues.