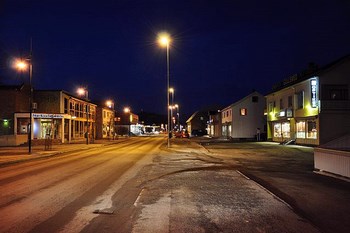 Leknes is a city and administrative center of the municipality in Nordland Vestvågøy. The town became a city in 2002, and is one of two cities in Lofoten with Svolvaer.Leknes has 2750 inhabitants (2012).

Leknes is surrounded by the stunning natural wonders Lofoten is world famous. Lofoten offers including excellent fishing and nature attractions, whale watching and picturesque fishing villages. If a stay at one of the many shacks characterize the Lofoten must travel out of Leknes.

Leknes Airport is one of the busiest airports in the STOL-country flight to Bodø, Rost and Svolvaer.Harstad / Narvik Airport Evenes situated about 70 km further north.