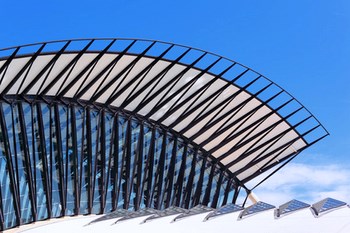 The international airport Aéroport Lyon-Saint Exupéry (LYS) is located east of the city center, and is named after the famous author and aviation pioneer Antoine de Saint-Exupery. The distance to the Lyon is 20 km.

The airport has two terminals, and between them lies the central shopping and service area.

Lyon Airport, with its 6.5 million passengers per. year, the fourth busiest airport in France.From here there are regular scheduled flights to a number of destinations worldwide.

To get from Lyon Airport to Lyon city center, there are several possibilities. You can use high-speed TGV train (which also has routes from here to Paris and Marseilles) – or you can use one of the many bus routes.Taxi is obviously also an opportunity, and work also currently working on plans for a separate metro line to / from the airport.

If you want to rent a car in Lyon Airport, the offer is good. The majority of the known international rental agencies are in fact presented here, including Avis, Budget, Europcar, Hertz, National and Sixt.

For tourists with good advice is also possible to rent a limousine driver.

There are two hotels within the airport: Sofitel, which is directly connected to the central terminal – and Kyriad, which can be reached by shuttle bus. There are also several shops, cafes and restaurants on and near the airport.