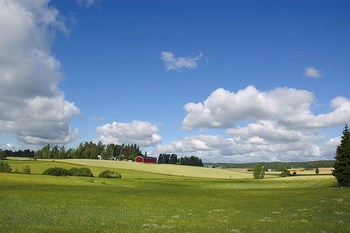 Nurmijärvi is a municipality and a city in the region of Uusimaa in Finland.Nurmijärvi has 40,661 inhabitants (2012) while the center is Nurmijärvi Kyrkby has about 7000 inhabitants. Nurmijärvi located 30 km north of the capital Helsinki.

Close to Helsinki has led to significant growth in the community in recent years. Other towns in Nurmijärvi is Klövskog and Rajamäki. Most people go to Helsinki when to go shopping or experience the culture. Also business world is dominated by close to Helsinki.

The lake that gave the municipality its name was partially drained in the 1920s to create agricultural land. Nurmijärvi is best known as the birthplace of Finland’s great writer, Aleksis Kivi (1834-1872). His play Nummmisuutarit (The Cobblers Heath) with colourful scenes of rural life in the 1800s performed every summer at an outdoor stage in Palojoki, the village where Kivi was born. The former Finnish Prime Minister Matti Vanhanen live in Lepsämä in Nurmijärvi.