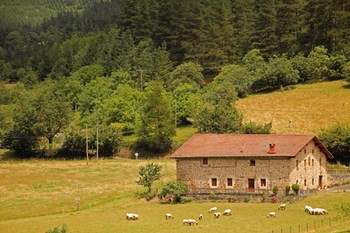 Oviedo is the capital of the northern Spanish region of Asturias. The city is situated between the rivers Nalón and Nora, and has approx. 225,000 inhabitants (2010). Oviedo, together with the neighboring cities of Gijón and Avilés one of Spain’s largest and most important industrial areas.

According to the tradition handed Oviedo to be founded by two monks in 761 It is however found evidence indicates that people have lived here already in antiquity.

Oviedo has many architectural sights to offer. Foremost among these is the magnificent cathedral “San Salvador” from 1288. Remains of an older cathedral 800s located inside the building, and the entire complex is a UNESCO World Heritage Site. There are also several other interesting churches in Oviedo, including “Let Balesquida” Chapel of the 1200s and “Basilica de San Julián de los Prados.” Also, the monastery “San Vicente” from 700s mentioned. It houses the Archaeological Museum of Asturias.

Otherwise, there are also some notable non-religious buildings in the city – including the pavilion “Santa Maria del Naranco” (originally part of a palace complex from the 800’s), the fountain “La Foncalada” (also from the 800’s), city hall (“Casa Consistoral “) from 1662 and the Old Market Square” El Fontán “, which was built about the time of the Town Hall.