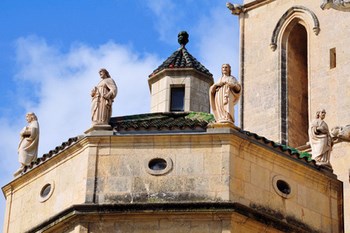 Reus is located in the northeastern Spanish province of Catalonia. The province is divided into a number of “Comarca” and Reus is the capital of the “comarca” Baix Camp. The city lies at an elevation well over 100 meters above sea level and has approximately 110,000 inhabitants (2011). The distance to the neighbouring city of Tarragona is 14 km, and Barcelona 90 km.

Reus was founded in early medieval times, but the city itself is largely characterized by a number of great modernist buildings. This is primarily due to the world famous architect Antoni Gaudi was born here. The buildings he has not drawn yourself, but most of them are signed by some of his students. They are built in an architectural style blend with décor inspired by the Catalan tradition. Among the most important are Casa Navas, Casa Rull, Casa Gasull, Casa Pinyol, Casa mouth and Xalet Serra – all constructed in the period ca. From 1900 to 1910.

Otherwise Reus offers several interesting museums. The most popular is the Gaudí Centre, dedicated to the said architect, who was born in the town in 1852. The museum was opened in 2007, is situated on the main square in Reus. It contains different objects from Antoni Gaudí, and multimedia presentations of his work. In the building there is a restaurant, and at the main entrance is also the tourist office located in Reus.

The nearest airport is Reus Airport, which is located 7.5 miles southeast of downtown.