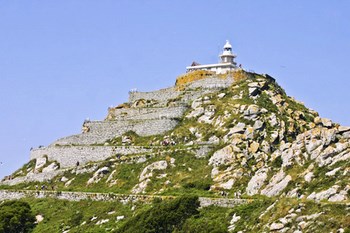 The port city of Vigo is situated in northwest Spain – The Atlantic – and has approximately 300,000 inhabitants (2011).Vigo is located in the province of Pontevedra – near the border with neighboring Portugal – and is the largest city in Galicia.

Vigo is an important industrial city and a major commercial center for the region. The city also has its own university – with about 20,000 students.

Vigo has a number of tourist attractions – including the historic center “Casco Vello”. Here lies the church “Iglesia de Santa Maria Castelo” and “Iglesia de Santiago de Bembrive” – both from the 1100s. On a hill above the old town castle “Castillo del Castro” from the 1600s, which is also a popular destination.

Other attractions in Vigo include the modern city center with modern buildings and wide streets and the busy shopping streets “Principe”, “Urzaiz” and “Grand Via”.

An attraction for all the family is the city zoo. Vigo also has several beautiful beaches, and “Playa de Samil” is the largest and most visited.