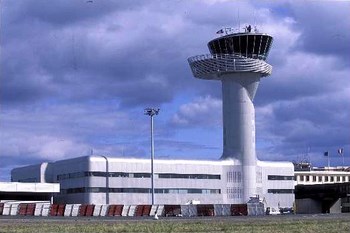 Bordeaux – Merignac Airport (BOD) is located 13 km west of Bordeaux city center – in the suburb Mérignac – and an international airport. The airport is called in French “Aéroport de Bordeaux – Merignac,” and is the 6th busiest in France.

Bordeaux – Merignac Airport services 3.6 million travelers per year (2010), and some 20 airlines have direct flights from here to home and abroad – including Air France, British Airways, KLM and Ryanair.

Some of the most popular destinations from Bordeaux are Paris, Lyon, Marseille, London, Geneva, Amsterdam and Madrid.

The airport was founded in 1917 and currently has two terminals with 3 halls (A, B and Billi). The latter is used by budget airlines.

There is good selection of shops and eateries at the airport, and other facilities available include post office, information counter, bank and ATM.There are several hotels in various price ranges close to the airport – including the 3-star “Best Western Bordeaux Airport Hotel”.

There are good bus connections from the airport into the center of Bordeaux. Alternatively, take a taxi.

If you want to rent a car in Bordeaux, has a number of international car hire offices at airport – including Avis, Hertz, Sixt, Budget and Europcar.