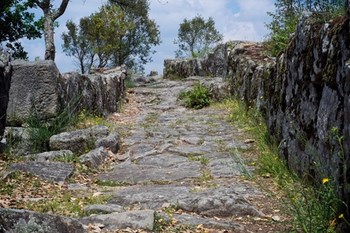 Braga is – with its around 177,000 inhabitants (2009) – Portugal’s third largest city. It is located in the country’s northwest corner, more specifically the Costa Verde (“Green Coast”).

The city is known for its impressive baroque buildings and for being the religious center in Portugal.The town dates around 2500 years back in time. Braga was otherwise the first city in Portugal where Christianity got a foothold. Braga experienced ekspansjonstid at the end of the 1800s, and in that period many emigrants returned back here from Brazil, which was Portugal’s colony.

Braga is – in addition to being an important city for the Catholic Church – also an educational center. Here’s the general university “Universidade do Minho” as well as a large branch of the Catholic University.

In addition to the many examples of architecture from the Baroque era, the “Elevador do Bom Jesus Braga’s” the most famous and spectacular attraction. It is a 274 meter long roller track, which consists of two vehicles with seat 38 passengers in each. The trip by car takes 3 ½ minutes.

The modern Braga markets itself as “Youth City” and has recently been awarded the title of European Youth Capital 2012 – which involves a comprehensive selection of the city as a center for young people from all over Europe.