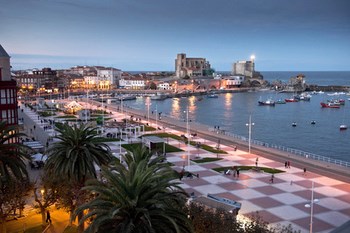 The name comes from the predominant colour of the dense vegetation is green, because of the abundant rainfall.

The main coastal towns located on the Costa Verde, is Porto, Viana do Castelo, Esposende, Póvoa de Varzim, Vila do Conde and Espinho.All these cities are known for their long fishing tradition.

Also in the interior, there are several interesting cities, towns and villages which are popular tourist destinations. In the first instance, this Braga and Guimaraes. Braga is primarily known for its many historic buildings – while Guimaraes, in addition to several medieval buildings also has an impressive castle to show off.

Porto, Costa Verde’s largest city – as well as the second largest in Portugal (after the capital Lisbon ).

The area’s international airport is Porto Airport, located 11 km northwest of the city of Porto.