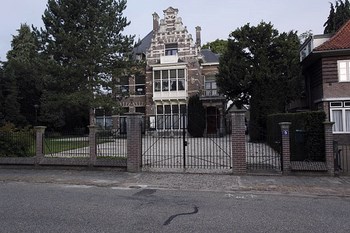 Hilversum is located in the Netherlands – in the province of Noord-Holland – and has 84,000 inhabitants (2010).The town lies in “Het Gooi” which consists of hills and plains with forests and lakes.

Hilversum is a part of the “Randstad” – which is one of the largest urban areas in Europe with approx. 7.1 million inhabitants.

The town is located 30 km southeast of Amsterdam, and 25 miles north of Utrecht.

Hilversum is known for its modern architecture – including City Hall from 1931, designed by architect Willem Dudok.

Other popular tourist attractions in the city include Grote Kerk from 1481, the Roman Catholic St. Vitus Church from 1892 (with its 100 meter high tower) and Hilversum Museum – a museum of arts and local history.

Otherwise, the city has several parks and green spaces, a smaller zoo (with livestock), a botanical garden and a Radio and Television Museum.

A little east of the city is the Royal Palace “Soestdijk”.

There is good shopping in Hilversum with shops, malls and outdoor markets a few times a week.