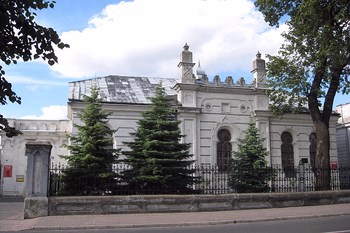 Konin is a town in Poland on the Warta river in the heart of the country.It is the capital of Koni region. The population is 80 618 (2006) inhabitants.

Greenpeace chose the city to set up its Climate Rescue Station in advance of the UN climate conference in Poznan in 2008. A four-storey self-contained world with energy was set up at the entrance to a coal mine. The installation was intended to raise awareness about Poland’s dependence on coal. The presence of Greenpeace was generally well received by the locals who came to participate in activities and listen to lectures on the environmental situation.

Konin is the center of an area where the industry is based on brown coal deposits. There are also aluminum plant, chemical and electrical industries, and large thermal power plants in the neighborhood