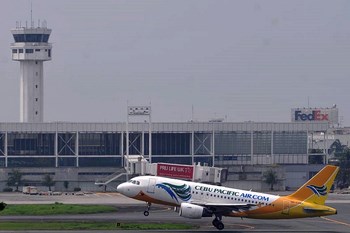 About 32 airlines – including China Airlines, KLM, Quatar Airlines, Singapore Airlines and Thai Airlines has direct flights from Manila Airport to 108 destinations in 25 countries. Some of the destinations are Beijing, Hong Kong, Tokyo, Dubai, Honolulu, Singapore, Amsterdam, San Francisco and Sydney.

The airport has a good selection of cafés, restaurants and bars. In addition, you will find facilities such as shops (including duty-free shops), bank, currency exchange, desk, ATMs and a post office.

Near the Terminal Building 1 is Manila Airport Hotel.

To get from the airport to downtown Manila, one can take bus, train (Light Rail Transit – Line 1) or taxi.

If you want to rent a car in Manila, has a number of reputable car hire offices at airport – including Avis, Hertz, Budget, Europcar and Zoom Car rental. It is advisable to book a rental car in good time before departure.