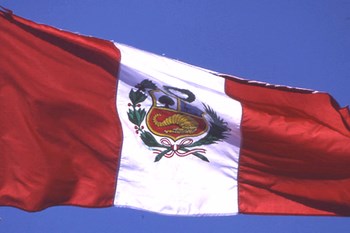 Peru is a country located on the west side of South America to the Pacific. Peru borders Ecuador and Colombia to the north, Brazil and Bolivia to the east, and Chile in the south.The population is 30   135,875 (2012) inhabitants.Like most countries in South America is the official language of Spanish. The capital is Lima and the Inca empire had its heartland in today’s Peru.

Peru is a diverse and exciting countries to visit. The country has a great archaeological heritage from pre-Columbian cultures, especially from the Incan Empire, and many of them UNESCO World Heritage Site. It’s most famous attraction is Machu Picchu, known as the lost city of the Incas, which is a pre-Columbian Inca city 2200 m in the mountains of Urubambadalen. Machu Pichu in the list of the world’s new wonders broth.

Peru has a great kitchen, where one of the specialties is ceviche. It also has beautiful scenery ranging from the coast to the majestic Andes Mountains that runs through the country from northwest to southeast. In the east the Amazon rainforest.

The Spaniards conquered Peru in 1531-33 and established a Viceroyalty that included most of its South American colonies. Peru was declared an independent republic in 1821.

The capital Lima is the gateway to the country. The historic center with beautiful colonial buildings have been declared as world heritage. There are museums, some pre-Hispanic archaeological sites like Caral, and a wide range of culture and rich traditions.

Cuzco was the largest city and capital of the Inca Empire, is a very popular destination.

In the near Chiclayo is made spectacular archaeological finds from the time before the Incas as the Lord of Sipan in the Huaca Rajada and the pyramids in Túcume.

The city of Arequipa, Colca Valley is known as the “White City” for its beautiful colonial architecture, churches and monasteries built in white stone that is unique to the region.

Jorge Chavez International Airport is 14 km from the center of Lima.