Compare prices and find cheap car hire in Riga from well-known and local car hire companies. Insurances and unlimited mileage are included. Save up to 70% on car rental in Riga through us. 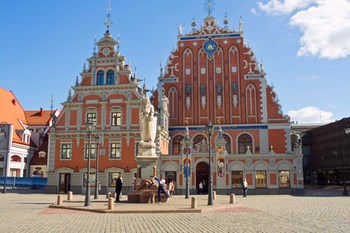 Riga is the capital of Latvia, and is located on the River Daugava – 15 km south of the outlet in the Gulf of Riga on the Baltic Sea. The town has about 700,000 inhabitants (2011), and is Latvia’s economic and cultural center. In addition, the city is a transport hub, and has one of the Baltic Sea’s most important ports.
From here there are ferries to Stockholm,Kiel and Lübeck.

Riga has a rich cultural life with theatres, opera, art galleries, museums as well as a permanent circus (opened in 1888). There are also a number of annual music festivals in the city.

Riga’s UNESCO-listed Old Town is located on the east bank of the river. The district is famous for having one of Europe’s best collections of Art Nouveau buildings.
Among the most popular sights here you will find the opera from 1863, the Freedom Monument from 1935, Riga Fortress from 1340, the 1860s Parliament Building, the Cathedral from 1220 and St. Peter’s Basilica (originally from the 1300s) with its 135-metre tower.

Riga has about 50 large and small museums– some of the most visited being the “Latvia National Historical Museum” – with exhibitions on the country’s history from the Ice Age to the present day, the City and Maritime Museum, the Occupation Museum, the People’s Museum and the city’s two art museums. 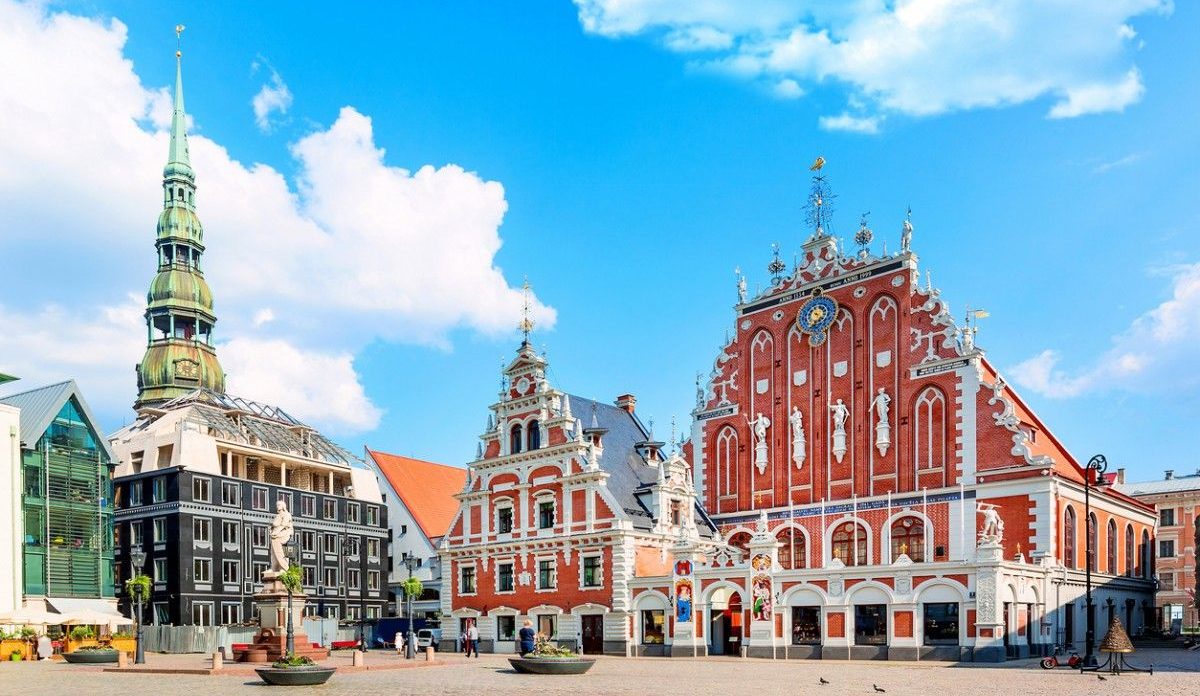 It is becoming popular to get a rental car when traveling to Riga in Latvia. You should not drive very far until you meet in small towns with medieval settlements, beautiful castles, beautiful forests, and, not least, welcoming beaches. The short distances allow you to catch much more than the city life, even if the trip to Riga lasts only a few days. Below are suggestions for some of the most popular rides. 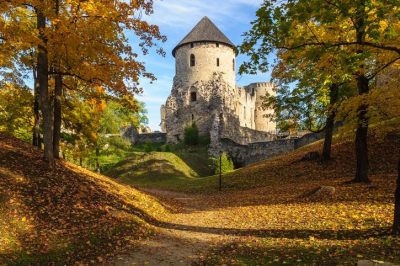 The castle in Cesis was first begun as early as 1209.

The great town of Cēsis is located northeast of Riga and is easy to reach by car rental. The town is located inside a national park called Gauja. It is considered one of the most beautiful in Latvia. The city’s main attraction is a castle that was first begun back in the year 1209, but which has been expanded and changed several times later. The center of the city is dominated by beautiful houses from the Middle Ages,an impressive 13th-century church,a pleasant square, and a welcoming atmosphere. Here it is relaxing to walk in cobbled streets, while learning about Latvian culture and history.

Kolkasrags – The best place to watch the sunset

Kolkasrags is the name of the pointed headland northwest of Riga, where the Baltic Sea meets the Gulf of Riga. Here people travel to bathe, sunbathe on the lovely beaches, look at birds nesting in the area, go hiking in the forest, and enjoy the quiet nature. Right near the headland is the village of Kolka, which you drive by on your way to the parking lot. In Kolka there are several beautiful buildings, including three famous churches. The city also has an exciting cultural centre and museum that is worth a visit. The best thing you can do there, however, is have a meal at one of the nice restaurants. There, fresh seafood is served by the village’s fishermen. 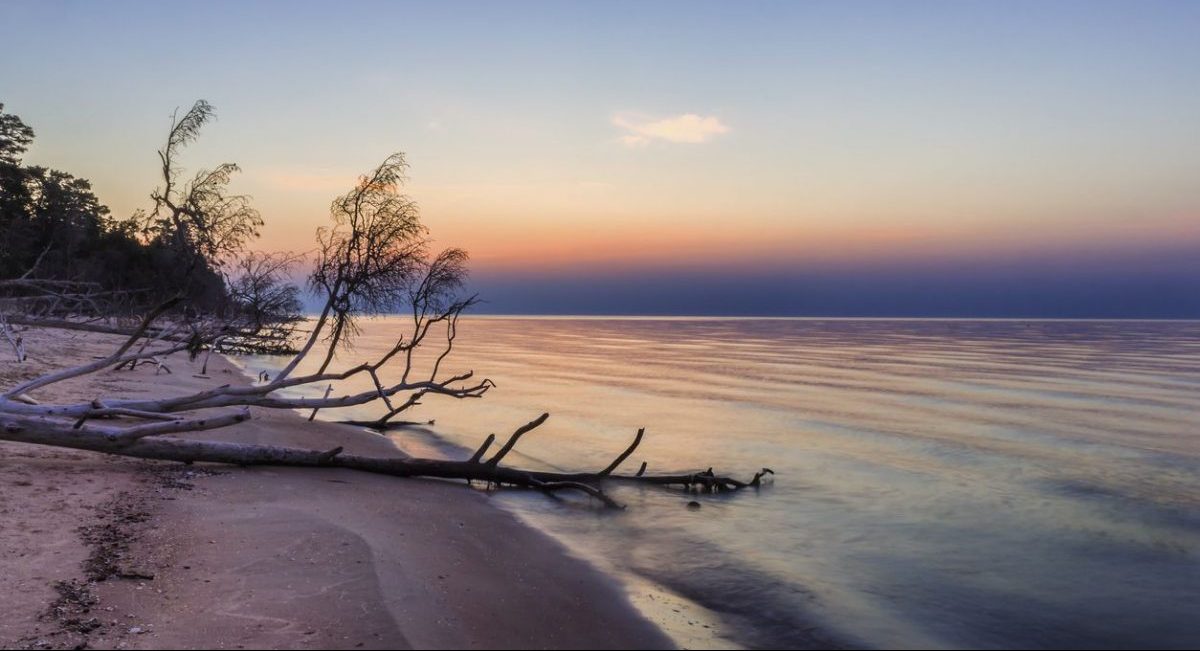 The sunset over Kolka. Here people travel to bathe and sunbathe on the lovely beaches. 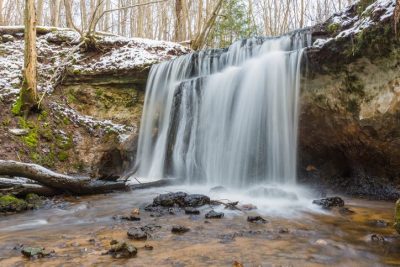 For centuries, artists and writers have travelled to Sigulda in order to be inspired by the beautiful nature.

You pass the beautiful town of Sigulda if you drive to Cēsis. While both are considered among the most beautiful in the country, the landscape that surrounds Sigulda is a bit more fascinating. Here, artists and writers have traveled for centuries to be inspired. The town is described as the gateway to the Gauja National Park, and is divided into two of the river of the same name. Here you will find several magnificent castles and fortresses from different eras. Some are restored and serve as museums, while others are ancient ruins that lie neatly located in the terrain. Sigulda is also known as a place for those who like to challenge their nerves. Here can run bobsleigh, jump in bungee from high altitudes, fly in wind tunnels, climb tall trees and much more. 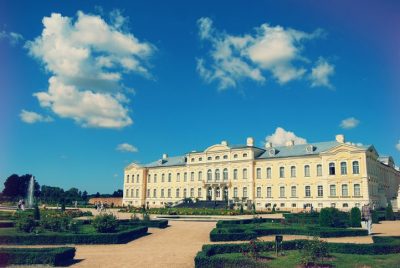 Rundāles Palace was built in the mid-18th century.

Rundāles Pils – Versailles of the Baltics

This palace is often associated with Versailles outside Paris, both because of the architecture and the beautiful gardens surrounding the building. It was built in the mid-18th century, when what is today Latvia was governed by the Duchy of Kurland and Semgallen. In 1795, the Duchy became part of the Russian Empire, and Catherine II of Russia decided that Rundāles Pils should be given as a gift to her lover’s little brother, the Count Valerian Zubov. He again used the magnificent palace as a summer residence, until the palace gained new owners after Zugov’s death. Later, Rundāles Pils has served as a field hospital for Napoleon’s army,school, military residence and as a museum. Today, this is one of Latvia’s most important sights, in addition to the palace being used in official contexts. 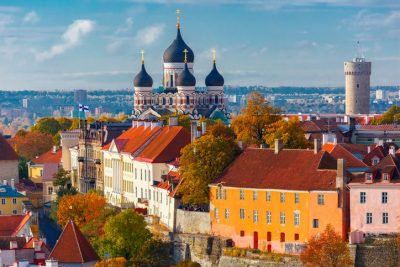 You can enjoy a lot of time in Tallinn even on a day trip from Riga.

The capital of Estonia is not so far away from Riga, and you reach there in a few hours by car. Since both countries are within the Schengen area, it is usually hassle-free to cross national borders with a rental car, but ask the car rental company first to be sure. Tallinn’s city centre is very well preserved, with the entire Medieval Old Town a UNESCO World Heritage Site. The city is also not very large, and you can catch up with yourself on a day trip from Riga. Nevertheless, consider taking an overnight or two. Visiting Tallinn provides a nice contrast to Lativa’s capital. While Riga can be described as lively and cosmopolitan, Tallin is more charming and intimate. 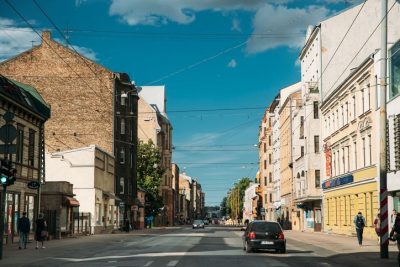 Inside the center of Riga there is rarely a queue, even during rush hour.

In Riga’s Old Town it is mostly very difficult to find parking space and you should leave your rental car outside this area. Several of the parking spaces in the streets that are close to the Old Town are reserved for people who live there, and without a valid proof of residence in the car window you risk having your rental car towed away. If so, this is marked with signs. When you find free parking, you have to pay at vending machines that stand on the sidewalks. The receipt should be clearly visible on the dashboard of the car. There is a number of parking facilities in the city centre,including operated by Europark. It is also possible to leave the car at several of the largest hotels.

Inside the center of Riga there are mostly no problems to drive with a rental car. There is rarely a queue, even during rush hour. On the country roads when you are going out of town you should pay extra attention. Unfortunately, Latvia is quite far up on the accident statistics in Europe, largely due to careless drivers. Pay special attention to oncoming vehicles in turns, as there are times when people take chances and drive past also there. The quality of some roads is also not the best in the outskirts, while the main roads between the largest cities hold a decent standard. 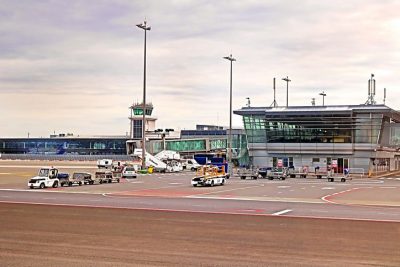 Riga International Airport is the largest airport in the Baltic countries.

Riga International Airport is the largest airport in the Baltic countries. As of today, it has international connections to almost 80 destinations, mainly in Europe. The number of passengers a year is almost 8 million, most of which come from England, Russia and the Scandinavian countries. The airport is not so large in scope, and everything is collected in two floors in the same terminal building.

Car hire companies’ counters can be found in the E and C sectors in the arrivals hall. As of today, Avis, Budget, Sixt, Hertz, Europcar, Toprent and Greenmotion are available at Riga International Airport. The rental cars are close by and you will not need a shuttle service to or from the car park.