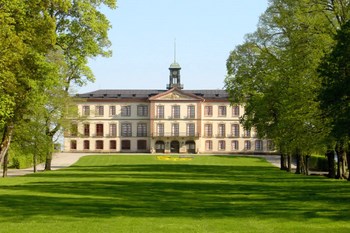 Södertälje is a city and the seat of Södertälje Municipality in Stockholm County and is located 35 km southeast of Stockholm.The town has 64,619 inhabitants (2010) and Mälaren flows into the Baltic Sea through Södertälje channel. It has had city status since 1380.

Södertälje is an international municipality and this is reflected both in the business, culture and population. Around 39 percent of the inhabitants are of foreign origin, and this percentage increases by 1.5 percent per year. An important immigrant group, the Syrians, the city’s including five Syrian churches and two football teams (8Assyriska FF and Syrianska FC) and even a Syrian   TV channel appear all over the world.The city has welcomed more Iraqi refugees than USA and Canada combined.

Culture in Ytterjärna is a focal point for cultural life in the city with concert hall, cafe, theater. One of the city’s many museums are Marcus Wallenberg Hall is a museum of vehicles. Here’s such an example of the first mass-produced Swedish pictures from 1903.

But it is not just history we are talking about, Truck manufacturer Scania AB still has its main factory in Södertälje.