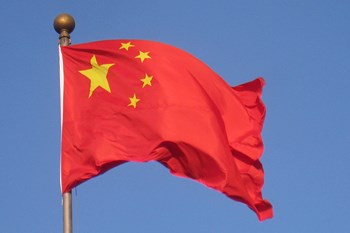 China is in Eastern Asia, and is the world’s most populous country with 1.3 billion inhabitants (2011). China is also the world 3 largest country in area – after Russia and Canada.

China bordering North Korea to the north, Russia and Mongolia to the north, Kazakhstan, Kyrgyzstan, Tajikistan, Afghanistan, Pakistan, India, Nepal and Bhutan to the west / northwest and Myanmar, Laos and Vietnam to the southwest. China has a long coastline facing the Yellow Sea, East China Sea and South China Sea.

The landscape consists mostly of fertile plains in the north and east, the hills in the south and the mountains to the southwest. Northwestcountry’s arid high plains and desert areas. Himalaya mountain range located in western China – the border to Nepal. Here are the world’s highest mountain – Mount Everest – which measures 8848 meters

China has the world’s fastest growing economy and is leading with respect to the production of steel, coal, cement, cotton, grains, meat and fish. Also electronics goods, clothes and shoes from China dominate world market. China is also the world’s largest automaker.

The capital Beijing is located northeast of the country, and has about 20 million inhabitants in the metropolitan area (2011). Beijing is China’s political and cultural center, and here’s the famous landmarks as the “Forbidden City”, the Great Wall, Summer Palace and “Tiananmen Square”. Beijing hosted the Olympics in 2008.

China’s growing tourism, and has much to offer for visitors. The country can lure of exciting historic and architectural attractions, museums, theaters, arts and crafts. China offers Also the magnificent temples, mausoleums, monasteries and gardens. Passengers traveling to one of China’s major cities, has the best shopping – with countless shopping centers and malls. If you are more interested in outdoor activities, China can offer steep mountains and valleys, tropical rain forest, desolate deserts, lakes and snow-capped mountain ranges.