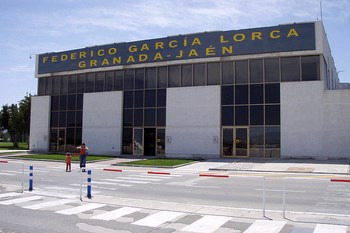 The airport has direct flights to both domestic and foreign, and some of the airlines that serve here is Vueling Airlines, Iberia and Air Europa. From Granada Airport there are flights to destinations such as  Paris, Barcelona, Madrid and Palma de Majorca.

There are very limited facilities at the airport – with a shop and a few cafes / restaurants. In addition, information desk, wireless internet access, ATMs, Vip Lounge and medical first aid station.

There are no hotels at the airport, but several accommodations in the area.

To get to the center of Granada, one can use bus or taxi. Taxis are outside the Arrivals Hall. Many tourists want to rent a car in Granada, and thus have the freedom to discover new and exciting places on your own. Several car rental companies have offices at the airport – including Avis, Europcar and Goldcar.