Compare prices and find cheap car hire in Milan from well-known and local car hire companies. Insurances and unlimited mileage are included. Save up to 70% on car rental in Milan through us. 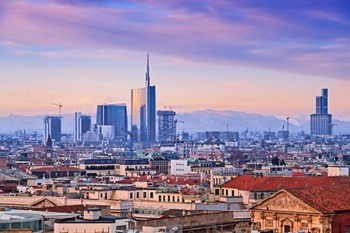 Milan is located in northern Italyand is the capital of the Lombardy region. The city itself has about 1.3 million inhabitants (2011), while the metropolitan area incl. suburbs have a population of 7.5 million.

Milan is located between the Ticino and Adda rivers on a fertile plain, ca. 120 meters above sea level.

Milan is one of the world’s leading fashion citiesand is a shopping paradise for shoppers. In addition, the city is a significant cultural center, and is famous for its numerous churches, museums, art galleries, concert halls and theatres. 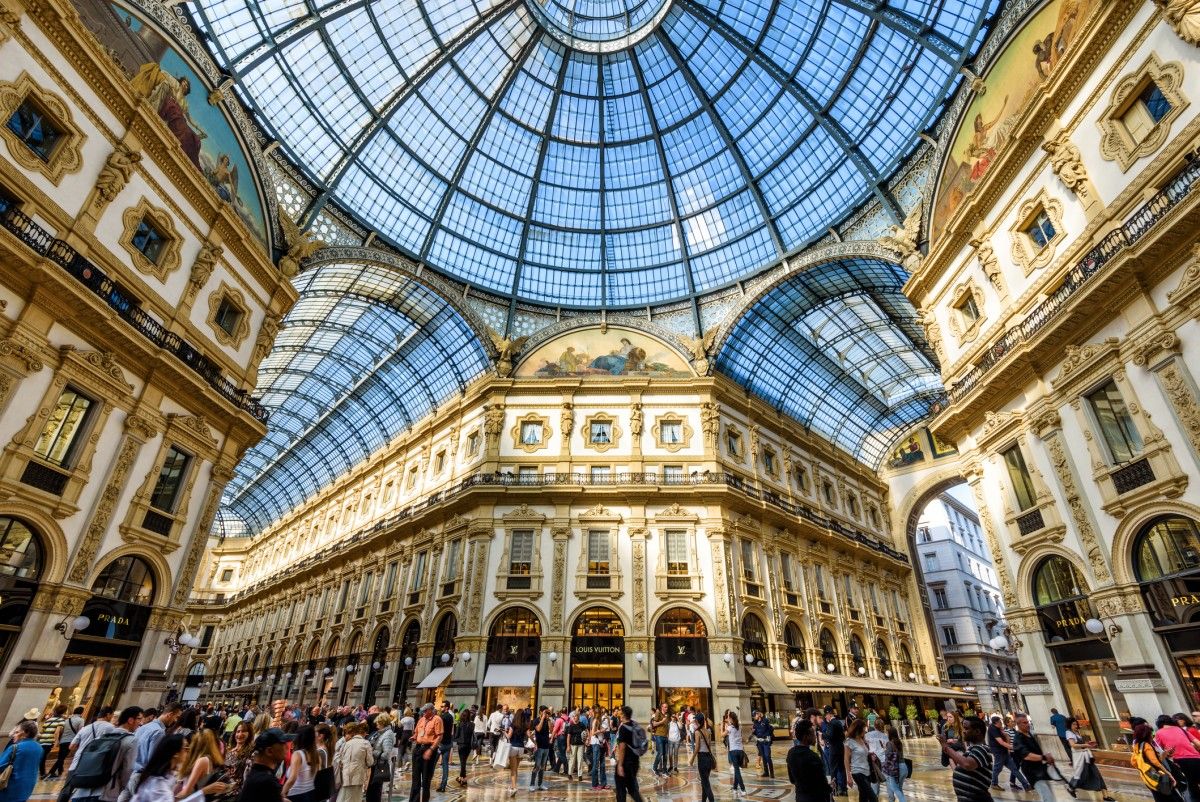 Milan is one as a great good-price shop for the fashion enthusiasts. There are plenty of lucrative design shops – many of which can be found in Fashion Quadrilatero.

One of the most popular tourist attractions in Milan is the Old Town with the cathedral “Duomo” in white marble from 1522. The cathedral is the 3rd of July. largest in Europe, and is built in gothic style.

Also, the famous Opera House “Teatro alla Scala” from 1778 recommended a visit. The Opera House is one of the world’s largest and has 3,600 seats.

You should not drive far outside the Italian fashion capital Milan until you experience a completely different world. This part of the country is packed with beautiful small towns, and especially those that lie up against the Alps, and those that are dandered around the famous lakes. Centrally located in relation to most things, Milan is a perfect city to have as a starting point for excursions. Here are some suggestions for the most popular car rental driving services. 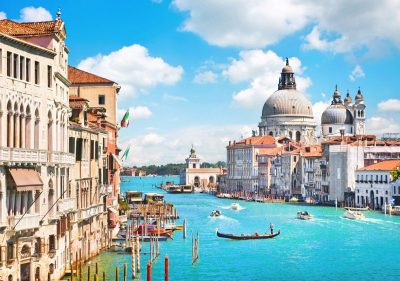 Experience Venice in a gondola through the many canals.

Venice – The City of History Fans and Romantics

The canal city of Venice is built on 117 small islands,inside a bay in the Adriatic Sea. Milan can usually be found in less than 3 hours if you have a car rental at your disposal. Although most people prioritize one or more nights when visiting the famous city, it is quite possible to take only a day trip there. In Venice you can choose and scrape among world famous sights, take a walk by gondola on the canals,eat good food, shop, and experience all kinds of artistic events. The city is, of course, just about completely car-free,and you can get around best on foot or by boat-taxi. On the outskirts of the city centre you will find many parking facilities, and several of these arrange transport on to the city centre. 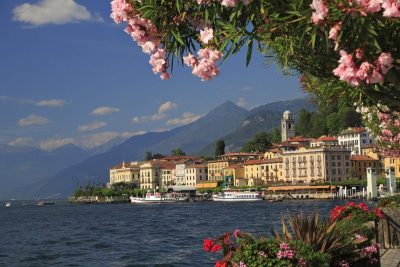 Lake Como is considered by many to be the most exclusive of Italy’s lakes. The small towns that lie around the sea are often very picturesque, and perhaps bellagio is the one that ascends to the top. Bellagio is located at the tip at the southern end of the sea and is nicknamed the “Pearl of Lake Como”. Here people travel to stroll in the cozy small streets,between magnificent buildings, go to family-run restaurants, stroll in the beautiful gardens, and to enjoy the silence and tranquility of the seaside. There are also plenty of activities to take place here, such as swimming and boat trips. One of the most popular excursions in the area around Bellagio is to take a ferry ride to the villages on the other shores of Lake Como, such as Castello di Vezio and Menaggio. 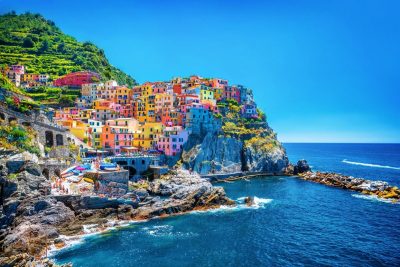 The fishing village is built on steep cliffs right down to the sea. The houses stand out with paint in fresh colors.

The Cinque Terre means “The Five Countries”, and is the designation of five small fishing villages and the surrounding area. The villages are Vernazza, Corniglia, Riomaggiore, Manarola and Monterosso al Mare. They are characterized by the fact that they are built on cliffs that plunge down towards the sea, and many of the cozy houses are painted in fresh colors. All are on the UNESCO World Heritage List,and the Italian authorities have given the Cinque Terre area the status of national park. It is not only the fishing villages that are beautiful, but also the surroundings. Here it is great to walk on the paths that run from village to village, and on the road you will pass old fortresses,ruins and other sights. Although the Cinque Terre has become a very popular destination with many visiting tourists, you should treat yourself to a trip there when you are on this edge of Italy. 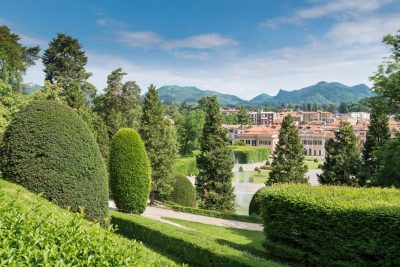 Find peace in one of the many green gardens in Varese.

Varese is located on a hill at the foot of mount Sacro Monte di Varese. It is known as one of the most beautiful in Italy, especially because of the many gardens and parks of the city. Many of the green spaces were built by noble and rich people who had Varese as a resort. The city is therefore nicknamed “Versailles of Milan”, which is also a reference to the impressive Palazzo Estense which was built in the 19th century. It’s not long road from Milan to Varese if you have a rental car. A visit here is perfect if you are heading towards Como Lake, or just need a few hours out of the city centre in hectic Milan. 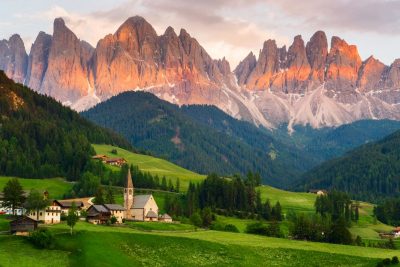 Head for the Alps and visit several of the cozy villages.

Milan is not a long way from the Alps, and if you visit this part of Italy you should treat yourself to a trip up the mountains. There are many great villages on both swiss, French and Italian sides to choose from. Driving a car in this area is also a unique experience. Depending on which route you choose, you can drive through beautiful valleys, cross bridges that run across deep gorges,with magnificent mountain peaks on either side of the road. The famous ski destinations are among the most popular places and drive by, such as St. Moritz, Chamonix and Zermatt. It is also recommended a trip to some of the small Italian villages in the Alps. Consider visiting, for example, Arco, Fiera di Primiero, Glorenza or Sterzing, which you can easily find when you drive past Lake Garda on the way to Tirol.

If you are going to experience Milan, it is best to leave the rental car parked. Finding parking in the streets is generally difficult. The number of seats is very limited, and the fee quite high. In addition, there are several areas where you have to pay a fee in advance, before you leave the car (tickets are available at the kiosks and tobacconists, among others). There are plenty of parking garages, but if they are located in the middle of the city centre you have to expect that it may take time to get there.

Traffic in the city center is dense, the streets often narrow, and the drivers somewhat more intense than at home. It can also be difficult to find your way if you don’t have navigation in the car. Outside Milan, it is considerably easier to move by rental car. There are good motorways on the main stretches, and many of the routes offer nice surroundings. Please note that some drivers drive faster than allowed and you may find people taking unnecessary risks on the roads. Drive a little defensively, and pay extra attention, especially on inconspicuous country roads. 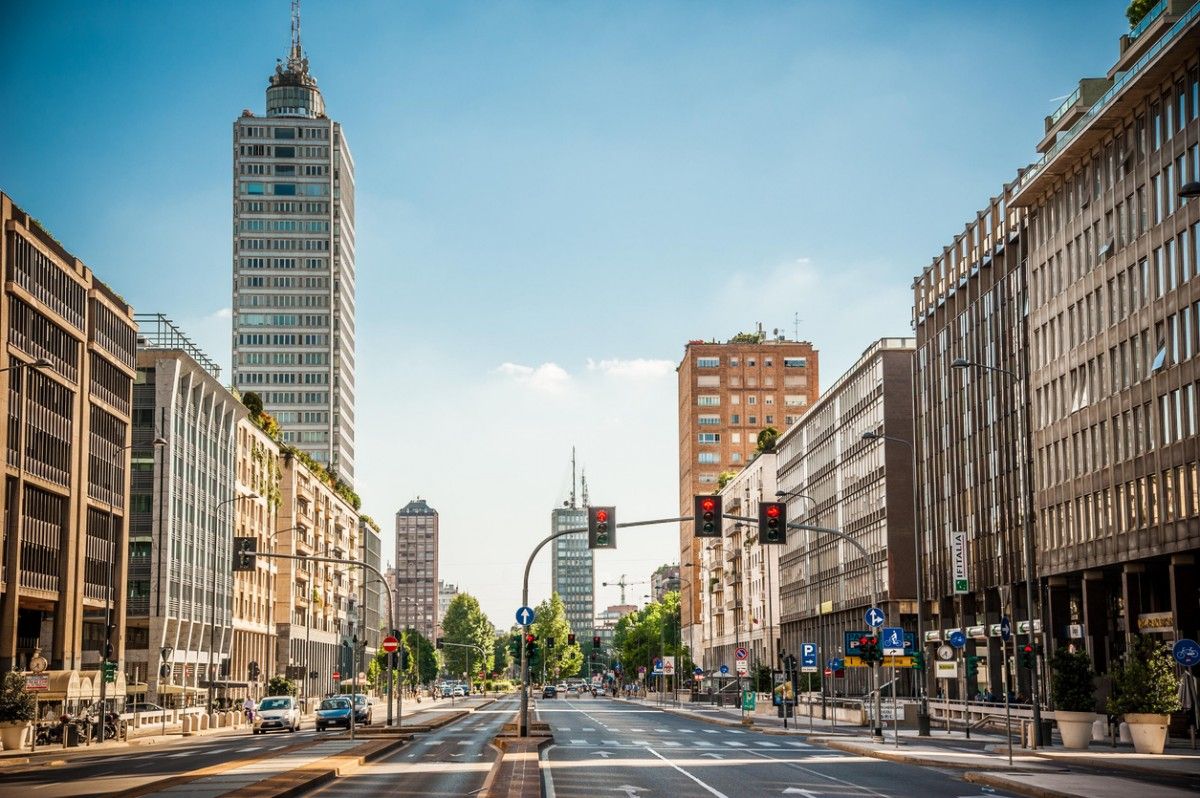 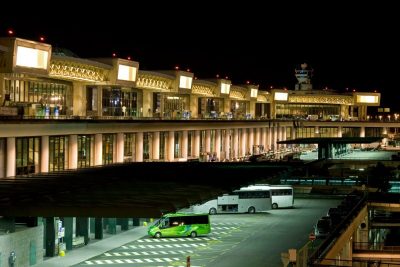 Milan Malpensa Airport is the largest airport in northern Italy, and among the 20 most trafficked in Europe. The number of annual passengers is closer to 29 million. The airport serves the regions of Lombardo, Piedmonte and Liguria, where you will find many popular destinations for tourists. There are three terminals on Milan Malpensa, of which Terminal 1 is the one that handles most of the traffic coming from countries within the Schengen area. You can land at Terminal 2 if you are flying with a low-cost airline, or on a charter flight.

All the largest and international car hire companies represented at the airport have counters in both terminals. These include Avis, Budget, Europcar, Hertz, Thrifty, Sixt and Dollar. In addition, there are some companies, primarily local players, located in only one of the terminals, including Interrent.