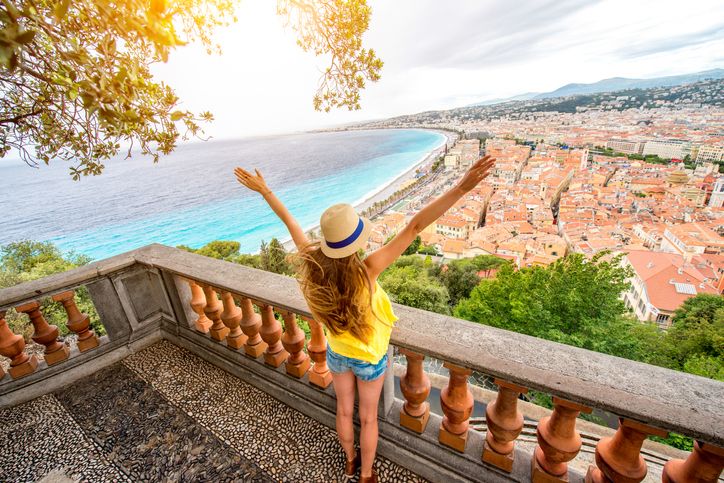 Nice is centrally located on the French Riviera (Côte d’Azur) and has approx. 350,000 inhabitants (2010). If you count on the suburbs, the population in the city region will run to over 1 million. Nice is the most popular French tourist town after Paris, and receives tourists in droves year round.

There was a trading post and a Roman military post here already in pre-Christian times, and during roman times this became a small town.
The city’s history has been turbulent over the centuries, and for several periods it has been administered by Italians (the state of Piedmont). The city is constantly called Nizza in Italian.

In addition to the fact that Nice is a popular holiday and recreational city for tourists from all over Europe and America, it also has many distinctive attractions to offer. First and foremost, the old town (Vieille Ville) must be mentioned – the city’s charming “heart”, which with its narrow cobblestone streets and low brick houses has preserved its medieval feel. Here you can enjoy life in small, cozy restaurants and visit some of the many pleasant street stalls.

Nearby you will find architectural gems such as the Baroque Cathedral “St. Réparate” from the 17th century and the even-old palace “Palais Lascaris”, which among other things. contains a lot of exciting arts and crafts (frescoes, candelabre, paintings, porcelain etc.). Another magnificent edifice to be joined is “Le Chateau” – first and foremost to experience the stunning views of the city from the 92 m high cliff on which the castle is located. You can take a lift up there, or – if you are feisty – walk the stairs up to the top.

There are also many other sights in the city, including the Matisse Museum , which presents both the world-famouspainter Henri Matisse’s life and his art. Or maybe a visit to Cours Saleya flower market might tempt? There you can see, smell – or buy – flowers of all colors and shapes. Around the flower market there are a large number of restaurants, cafes and patisseries.

And then you can’t visit Nice without experiencing the world famous “Promenade des Anglais”, which was built in the 19th century by English rich people. The seafront is an identity marker for the entire Riviera. There are also row-and-file luxury restaurants, and along the promenade is the popular beach. If you visit Nice in February, you can also experience the traditional carnival – which is almost as well known as the equivalent in Venice and Rio.

Although Nice is an exciting and pretty city, exploring the surrounding area is almost required when you are first on the Riviera. This part of Provence has many famous seaside resorts that should be visited, and also a number of mountain villages that are within a short distance. Below are a few of the most popular driving cars you can bring. 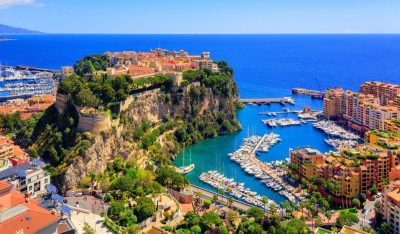 The Prince’s Palace is the prince of Monaco’s official residence.

Monaco – Principality of the Riviera

Nice is so close to Monaco that it will be a shame if you do not take a day trip to the famous principality. Most of the tiny state is made up of the city of Monte Carlo. Among the main sights are the famous casino where the world’s richest are wasting their money, the Prince’s Palace (Palais du Prince),the port with the luxurious yachts, the gardens along Avenue Saint-Martin and the cathedral of the city. 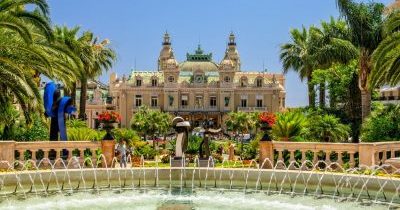 In Monte Carlo you will also find one of the best aquariums in the world, opera houses, caves,zoo, and football stadium of one of the best teams in the French league. If you get hungry for your trip you will find more than enough good restaurants to choose from, but note that the price level in Monaco is high. 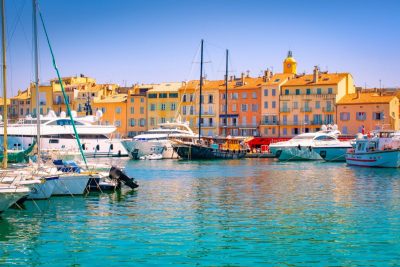 Saint-Tropez was once a small unknown fishing town, but today is a popular destination for celebrities.

Previously, Saint-Tropez was a small and unknown fishing village, with some military significance, before the celebrities and sports idols discovered it. Today, this is one of the most important places for holidaymakers pop stars, race car drivers, actors and football pros to be seen. They gather on the city’sfamous beaches , or pretend on board one of the yachts located in the harbour. For us ordinary mortals, Saint-Tropez is nevertheless attractive. The city is beautiful and cozy, it is beautifully located in the bay of the same name, and it is easy to head here by car rental when you are on the Riviera. 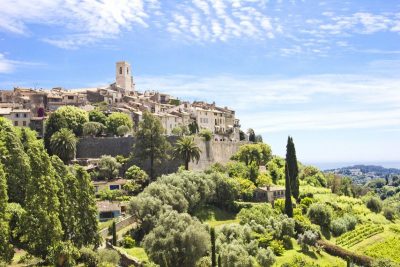 The artist village of Saint-Paul-de-Vence with panoramic views

Saint-Paul-de-Vence is one of the oldest and most beautiful medieval towns on the French Riviera. In addition to its striking location, the cozy houses, and the city’s great views, it is known to have been popular with artists over the years. Painters, actors and writers such as Matisse, Montand, Baldwin, Picasso and Sartre happily took into the hotel La Colombe d’Or. The hotel is family-run and still in operation. The city therefore has several museums and galleries, usually associated with artists who have had Saint-Paul-de-Vence as their second home. Guests are required to leave their rental cars in parking spaces on the outskirts of the city centre. Inside the city it is nice to stroll in the narrow pedestrian streets, look at houses and museums, and enjoy a meal at one of the many good restaurants. 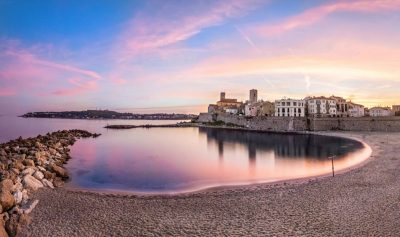 One of the beautiful beaches of Antibes.

Antibes – The Finest Beaches of the Riviera

The resort town of Antibes was once a Greek colony, and later a fortress town in the Roman Empire. The Roman building art can still be seen in the area around the small town, and among other things you will find ruins of Roman amphitheatres, aqueducts, villas and fortifications here. In modern times, Antibes has become an exclusive seaside resort, and a place where artists have often settled during periods. Like many other small towns on the Riviera, it is nice to walk in the city’s oldest part, go to cafes and restaurants,visit museums and galleries, or relax in one of the quiet and beautiful gardens. There are several great beaches in Antibes for those who want to sunbathe and bathe themselves, and there is a good nightlife in the city, with frequent concerts and festivals.

Grasse is considered the most important city in the world when it comes to perfume. This industry put Grasse on the world map in the 18th century. In the surrounding area, herbs and flowers were grown that give the perfumes their aroma, which is something the climatic conditions are in place in Provence. The perfume industry is still important, and in the Grasse area, more than two-thirds of the perfume ingredients used throughout France are produced. The city itself is also one of the most beautiful in Provence. It is located on a small mountain top, surrounded by endless fields where colorful flowers are grown. In the old part of Grasse you will find historic buildings,cozy small streets, good restaurants, and many sights. 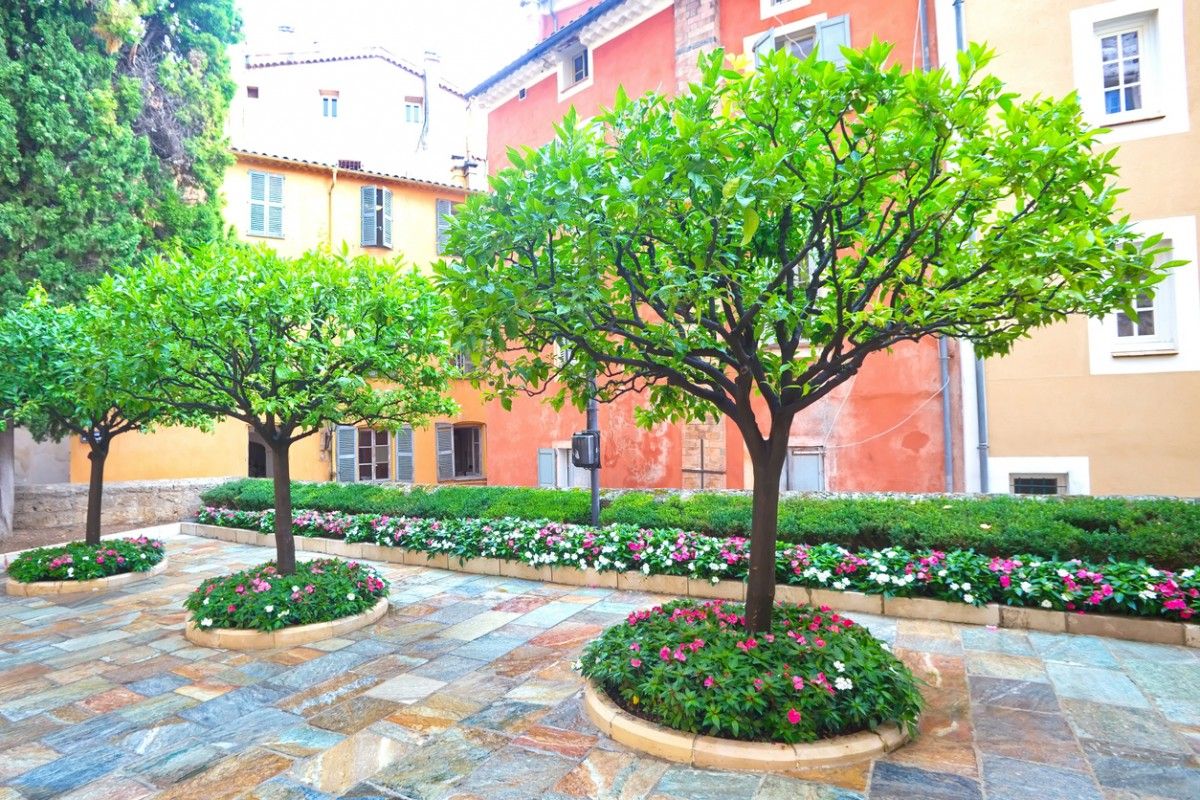 Grasse is one of the most beautiful cities in Provence. Here there are many cozy small streets decorated with flowers. 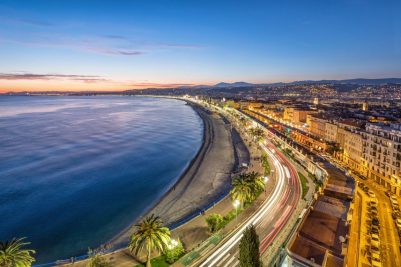 In the centre of Nice, many streets are narrow and one-way lanes that can feel somewhat stressful for those who are not known.

In the centre of Nice, you will have to pay a fee to park in the streets, and only in marked places. You pay on vending machines and have to put a receipt in the windshield of the car. An aber with this is that in most places you are not allowed to stand for more than 2 hours. Parking spaces on the streets are free from 20:00 in the evening, until 08:00 in the morning. On Sundays, it is free all day. As a rule, it is a better choice to put your car on one of the many parking garages. Most of these are located below ground level and are well signposted.

Driving in the center of Nice can be something difficult. There are many streets that are narrow and one-way, traffic can get clogged, and for people not known in Nice, traffic can be described as stressful. The highways in and out of the city are good, but please note that most motorways are charged with toll booths. 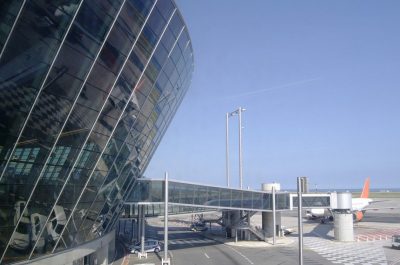 Nice Côte d’Azur Airport is the third largest airport in France. It is the hub of Air France and the low-cost airline easyJet, serving about 15 million passengers each year. The vast majority of people who fly to holiday in Provence and on the French Riviera fly here, or to the airport in Marseilles. The airport in Nice is also a common choice for those going on to destinations such as Corsica, Monaco, or to the western part of the Italian Riviera.

There are direct flights to Nice Côte d’Azur Airport from everywhere in Europe, and also some cities in North Africa. Most people flying from a country within the Schengen cooperation use Terminal 1. However, Terminal 2 is newer, and in the process of taking over a significant portion of traffic.

All the major and international car hire companies are to be found at the airport, as well as a number of French companies. This includes players such as Sixt, Hertz, Europcar, Avis, Budget and Enterprise. The companies have counters at both terminals, and the cars are parked nearby. Please note that the desks at Terminal 1 are open until 22:00. If you arrive at the airport after this, you must take the shuttle bus to Terminal 2 to pick up the rental car.