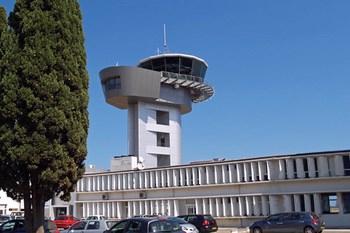 Bastia Airport – Poretta (BIA), which in French is called “Aéroport de Bastia – Poretta”, located on the city Lucciana – about 20 km south of Bastia city center. The airport is located northeast of the island of Corsica, and serves about 50,000 travelers a year (2011).

Airlines operating from the airport include Air France, EasyJet, Germanwings, Jetairfly, Lufthansa and Luxair. From Bastia Airport are both permanent and seasonal routes to such Paris, Nice, Strasbourg, London, Berlin, Hamburg and Luxembourg.

The airport has one terminal building and facilities available include free internet access, a few shops, kiosk, restaurant and café, ATM and information counter.

There are also several hotels in the area.

To get to the center of Bastia one can take a bus or taxi. The bus stops at the railway station of Bastia, and uses about 35 min. at runtime. If you want to rent a car, several reputable car hire offices at airport – including Avis, Hertz and Europcar.