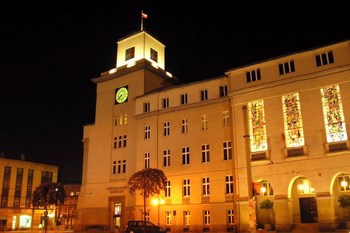 Chorzów is a city in the Upper Silesian located in south-western Poland not far from the border with the Czech Republic and Slovakia.The city has a population of 113,162 (2009) inhabitants.

The city is known to be an important industrial city. It used to be one of the most important cities as it was part of the Polish Economic Area with extensive industry in coal mining, steel, chemical, manufacturing and energy.

Because of environmental problems and the lack of investment is much heavy industry has been closed during the past 20 years. Others have been renovated. Today, trading and service industry is a growing part of the economy.

Silesian Culture and Recreation Area is a large area that is both suitable for recreation and has several attractions. It actually covers about 30% of the land is on 620 acres and is the largest park of its kind in Europe. Within the park there are provider for all tastes and ages. Here Silesia zoo and a great stadium for both sports and cultural events. There are also tennis courts, water sports center, a rose garden, planetarium, galleries and hotel complex mm.