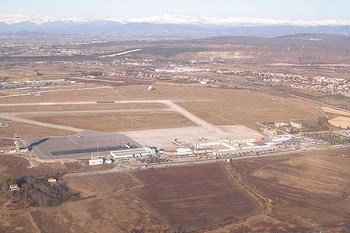 Trieste Airport – “Friuli Venice Giulia” (TRS) is an international airport located in northeastern Italy – 40 km northwest of the city of Trieste.The airport is located near the border of both Slovenia and Croatia, situated 110 km east of Venice.

The airport is called in Italian “Aeroporto Friuli Venice Giulia”.

Trieste Airport opened for international flights in 1967. The airport has one terminal building, and serves 860,000 passengers per year (2011).

From the airport there are direct flights to numerous destinations at home and abroad – including  London, Tirana, Naples, Rome, Milan and Munich.Airlines Alitalia, Lufthansa and Ryanair flies here.

There are no hotels at Trieste Airport, but there are several in the area – including “Doge Inn Airport Hotel”.

To get to the heart of Trieste can take bus or taxi transport. If you want to rent a car in Trieste, several car rental companies at the airport its affiliates – including Avis, Hertz and Sixt.

There are also express bus from the airport to both Slovenia and Croatia.