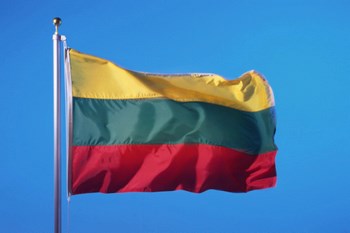 Republic of Lithuania is situated on the southeastern shore of the Baltic Sea in the geographical area Baltics. The country has a common border with Latvia, Belarus, Poland and Russia (Kaliningrad Oblast).Lithuania has an area of 65,300 km ² and its population is around 3.4 million (2010).

The capital and largest city is Vilnius, which has about 540,000 residents.The largest cities are otherwise Kaunas and Klaipeda.The official language in Lithuania is Lithuanian, which is akin to the language of neighboring Latvia.

Landscape Litu is predominantly flat and along the coast is dominated by the river deltas and moraines. Especially in the south there are forests, which mostly consists of pine.

Many of the country’s most popular attractions are concentrated in and around Vilnius, which in 2009 had status as European Capital of Culture. The town center has, because of its well-preserved historic architecture, was declared a UNESCO World Heritage site in 1994.