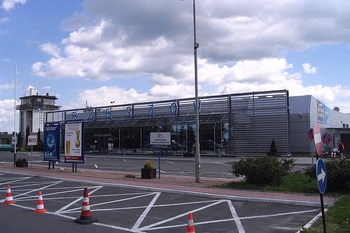 Rzeszów-Jasionka Airport (RZE) is an international airport located in the village Jasionka, 10 km from the center of Rzeszów. Cities are Krakow (160 km), Lublin (170 km), Lviv, Ukraine (170 km) and Kosice, Slovakia (170 km).There are buses between Rzeszów and the airport as well as taxi.Most car rental companies are represented, Auto Europe, Avis, Honk, Zoom and Aexpress.

A new passenger terminal opened in September 2012. In 2011 visited 491   325 passenger terminal, an increase of 8 percent from the year before.The busiest route is to Warsaw.The low-cost airline Ryanair are the ones who have the most flights from the airport, including to Dublin and London-Stansted.Lufthansa flies to Frankfurt.In certain seasons, it is also related to destinations such items  New York.