Compare prices and find cheap car hire in Split from well-known and local car hire companies. Insurances and unlimited mileage are included. Save up to 70% on car rental in Split through us. 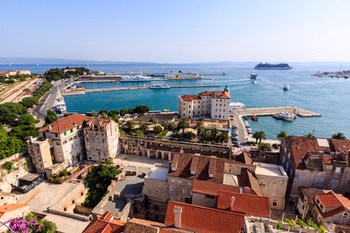 The coastal town of Split is located in southwest Croatia, on the Adriatic Sea, and has 211,000 inhabitants (2011). The town is located in the Dalmatian countryside and is a famous tourist and port city.

Split is the economic and administrative center of the region, and is also an important transport hub. From the port of Split there are ferries to,among others, Dubrovnik, Rijeka, Pescara and Anacona.

In the Old Town is Diocletian’s Palace,which is a major tourist attraction. The palace was built by Emperor Diocletian at the beginning of the 4th century and is one of the largest preserved Roman buildings in the world. The palace measures 215 x 181 meters. 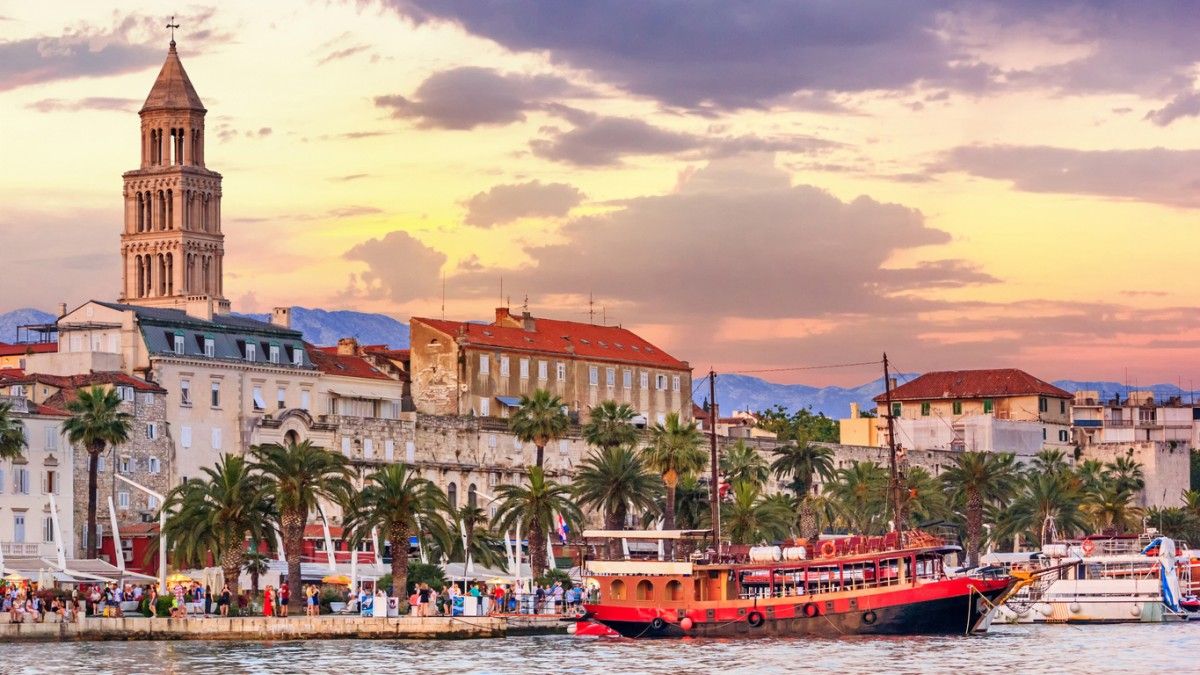 Diocletian’s Palace is located in the Old Town.

Also, the Roman Catholic Split Cathedral is worth a visit. The cathedral’s oldest parts date from the 4th century, while the rest of the building dates back to the 12th century. There is access for the public to get up in the tower of the cathedral, and from here you have great views of the city.

Other popular tourist attractions in Split include the beaches of the seaside,the city museum, a maritime museum, a zoo and two archaeological museums.

Croatia is an exciting country to explore with car rental, and Split is a central and good starting point. From this seaside town you can quickly reach historic cities such as Dubrovnik, you have ferry links to the best holiday islands, and it is a short distance to the domestic attractions. In our guide to the Split area we have picked out five of the most popular rides. 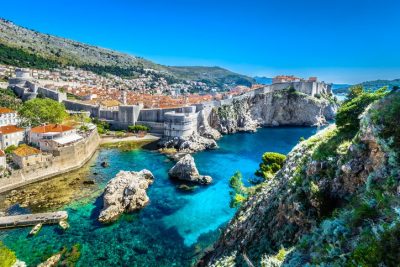 Dubrovnik’s entire Old Town is surrounded by a fortress wall.

The historic city of Dubrovnik has a well-deserved place on the UNESCO World Heritage List. It was founded in the seventh century and was a separate city-state for several hundred years, until Napoleon conquered the area in 1806. The entire old town is surrounded by a fortress walland is considered one of the most beautiful in Europe. Large parts of the city were destroyed by bombs during the war in the Balkans in 1991, but Dubrovnik was fortunately quickly rebuilt. Besides experiencing the old town itself, it is recommended to take a trip up the top of the mountain by which the city is located. You can walk up, or take the cable car that runs just beyond the main gate to the fortress. At the top you get unbeatable views of the whole city and the beautiful Adriatic Sea outside. 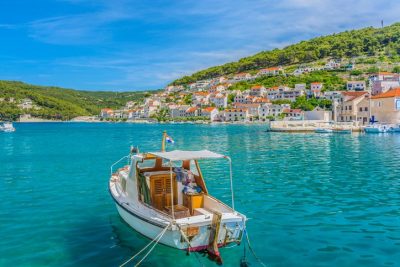 Along the coast of Croatia there are a number of beautiful islands, of which Hvar and Brač are among the largest and most popular holiday destinations. They are both so extensive to the extent that it pays to bring a rental car if you want to explore them. Both are easily reached from Split with multi-hour car ferries and you spend less than an hour on the crossing. On the islands you will find lovely beaches,some of which have nice sand to settle on, which is not so common along the Croatian coast. Brač is known as the most family-friendly of these two islands. There you will find many historic buildings and landmarks,pleasant little fishing villages,and opportunities for many nice nature experiences. Hvar is considered more lively, with festivals and a more active nightlife, but also on this island it is very possible to find tranquility and idyll.

Šibenik – Historical city with a touch of Venice

Šibenik is one of the most important historical towns in Croatia, and also the oldest among those located on the coast. It has been a throwing ball between different rulers and kingdoms throughout history, which appears well in the city’s architecture and traditions. Among the main sights of Šibenik are a number of buildings dating from the time when the city was subject to the city-state of Venice,for example, the Cathedral of Svaty Jakova (the Apostle Jacob). The whole old town is packed with great architecture. In between the houses there are narrow streets coated with cobbles, where you will find pleasant small shops, restaurants and cafes, and a pleasant atmosphere. The city is especially nice to visit in the summer, partly because there are a number of festivals there. You are also not far away from fine swimming opportunities when visiting Šibenik.

The whole old town is packed with great architecture, but the Cathedral Svaty Jakova stands out especially. 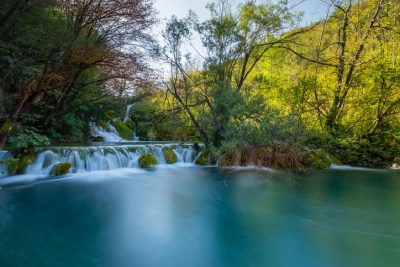 Plitvice Lakes is one of Croatia’s major tourist attractions and is located in the National National Park Nacionalni park Plitvička jezera. The area is a UNESCO World Heritage Site. In total, there are 16 lakes here,and all are described as very beautiful. The lakes are connected to each other by rivers and waterfalls. In the surrounding forests there are wolves, bears, deer, wild boar and a number of rare bird species. The national park is open all year round and easy to get to if you are in the Split area. Although the park has by far the most visitors in the summer, it is worth a visit even if it is autumn, winter or spring. You can also stay in the park if you want to spend more time there. At the entrance there are three good hotels, and a campsite with cabins for rent.

The area called the Croatian Riviera stretches between the cities of Gradac and Bela. The central town on the Riviera is Makarska, an idyllic resort town famous for its magnificent waterfront promenade and bustling folk life in summer. Although both Makarska and the area have many sights to offer, it is primarily sunbathing and swimming that draws people here. The bathing areas are close-in- and the infrastructure around the beaches is very good. There is also more than enough to do in Makarska in the evenings, both for young and old. There are good restaurants everywhere, and many naturally specialize in fresh seafood,you will find more than enough pubs and bars, and there are a number of festivals and cultural events in the summer.

The fastest way from Split to Makarska is if you first drive north to Dugopolje, and on the highway further from there. Then take off at Zagvozd down to the coast and Makarska. The distance is then 89 kilometers, with a driving time of about 1 hour and 5 minutes.

If you choose to drive along the beautiful coast, the distance is 65 kilometers, and the driving time is about 1 hour and 30 minutes. 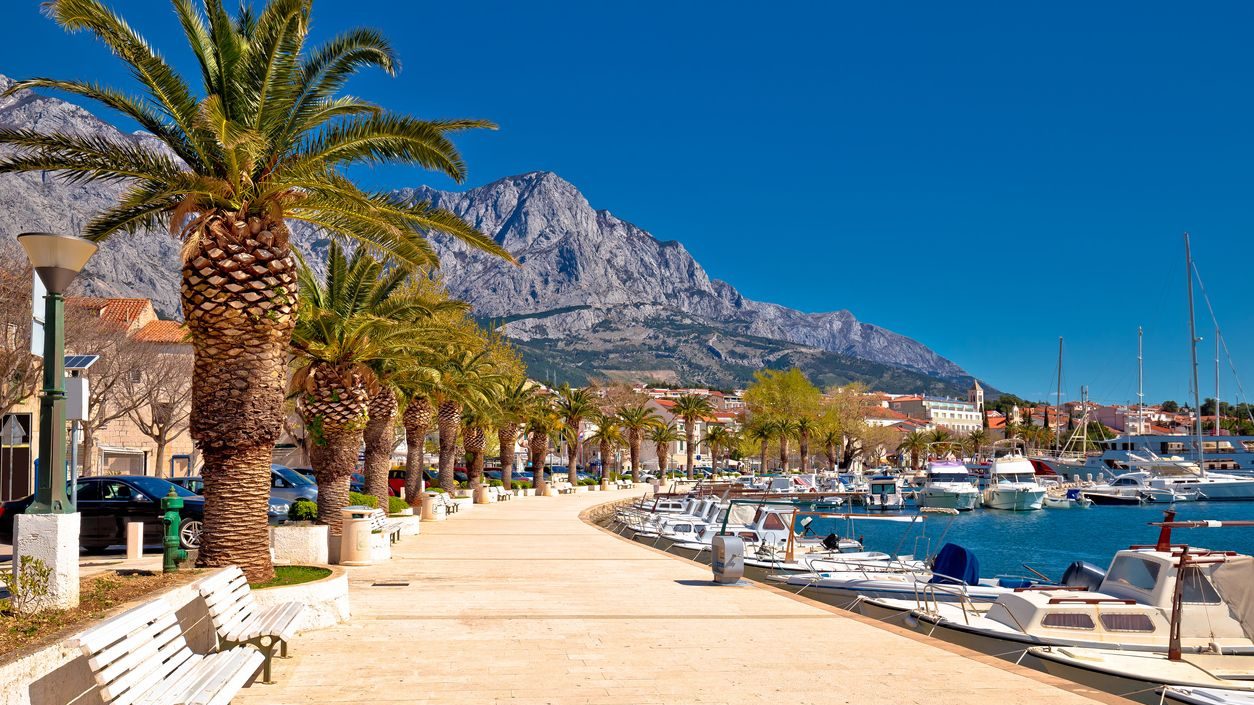 The Riviera in Makarska, the resort town has several good bathing spots in a row and a teeming folk life in the summer.

Much of the city centre in Split is closed to car traffic,with streets entirely reserved for pedestrians. Hence there is also little parking space in what constitutes the old town, and especially down by the port. If you find a marked parking space on a street, please note which zone the street is located in. Within zone 1 there is a 24-hour fee, while within zone 2 you will have to pay a fee between 07:00 and 19:00. The fee will pay for vending machines on the pavements and the receipt must be clearly visible in the car’s windshield.

The best solution to park car rental in Split is usually to find one of the publicly run parking garages in the city center. There it is relatively affordable to put down the car, the capacity is good, and the car does not get as hot as when it is out in the sun. 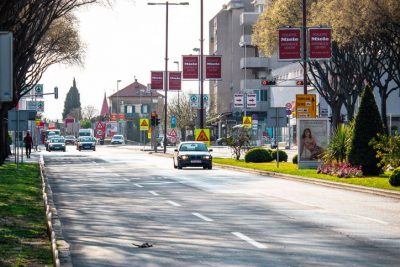 It can be difficult to drive in the center of Split, but the city is not that big, so you will find your way to the end.

Inside the center of Split is something difficult to navigate your way forward. There are many pedestrian streets and one-way lanes there. The center is also old and venerable, which is why many of the streets are narrow and twisty. The positive is that the city is not that big, so in any case you will find your way to the end, without having spent too long.

Driving outside the cities of Croatia is mostly comfortable. Most main roads are in very good condition,and the main traffic years have relatively new and modern motorways. Country roads, especially the roads that run along the Adriatic Sea, can be very winding and hilly. Here you should pay extra attention, even if the road surface itself is of a high standard. It’s often hard to see what’s coming around the next hilltop or the next turn. It does not make the case better that the coastal road offers wonderfully great views, which can quickly steal the attention of the driver. 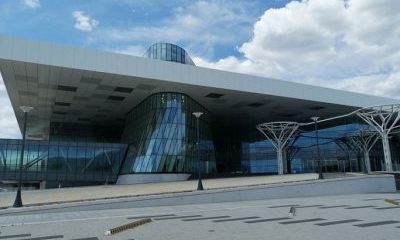 There is by far the most traffic at the airport in Split in the summer.

The airport is called internationally Split Airport, while the Croats call it Zračna Luka Split. Just as Split is Croatia’s second largest city after Zagreb,the airport is also the second largest after Zagreb Airport. In Split, approximately 3.5 million passengers are served annually. Many of these travel on to resorts such as Makarska and the island of Hvar. You can fly directly to Split from a high number of European cities all year round. However, the number of visitors to this airport is significantly higher in the summer months, and so many charter flights arrive.

The companies that operate car hire at the airport in Split are gathered in the arrivals hall on the ground floor. The centre is right next to the main bus station and the taxi stop. The car park where the rental cars stand is also close by. As of today you will find approximately 20 car hire companies here, including international players such as Hertz, Sixt, Dollar, Thrifty and Europcar. There is also a good deal of Croatian car hire companies at the airport.